Wisconsin: Not Solidly in the Sansabelt

For instance, if there are a series of strong jobs reports this summer, and President Obama’s standing improves by five percentage points nationwide, we’d expect his standing to improve by more than 5 points in an elastic state. This works both ways: if we went into another recession and Mr. Obama suffered a five-point decline in his popularity, he’d experience a larger decline in an elastic state.

An inelastic state, by contrast, is one which is relatively insensitive to these changes. In an inelastic state, a five-percentage-point change in the national environment might only affect Mr. Obama’s numbers by three percentage points instead. 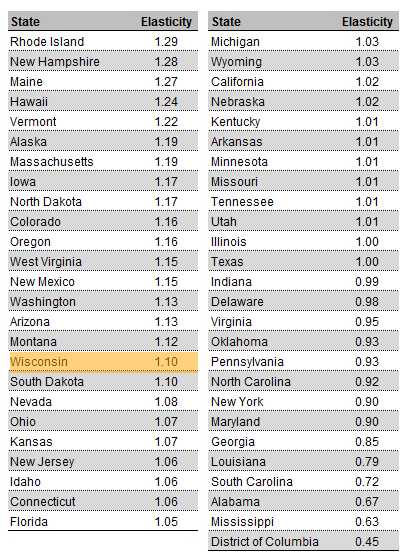