New Necedah Library "Did Not Affect the Budget" 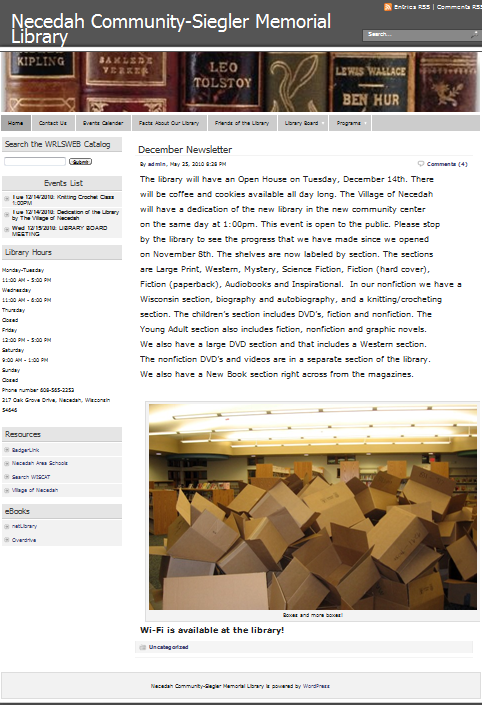 Excerpt:    One new amenity that did not affect the budget is the new Necedah Community Siegler Memorial Library. The $1.3 million facility was built with very few tax dollars, and will operate with the same staff as the old library.

The 4,800-square-foot library boasts a large Community Room, which is owned by the village.

Herried said operating the Community Room will incur some additional costs for the village. But the new building is far more energy efficient than the one it replaced, so lower energy costs will offset some of the higher costs.

The library's real effect on the village's budget, if any, will not be known for certain until the village has operated the facility for a year, Herried said.

A grand opening event for the library is scheduled for 1 p.m. Tuesday.

No resident showed up for the public hearing held before the Village Board approved the budget, Herried said. The board's vote was unanimous, he said. 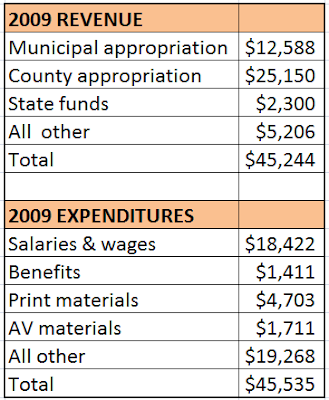