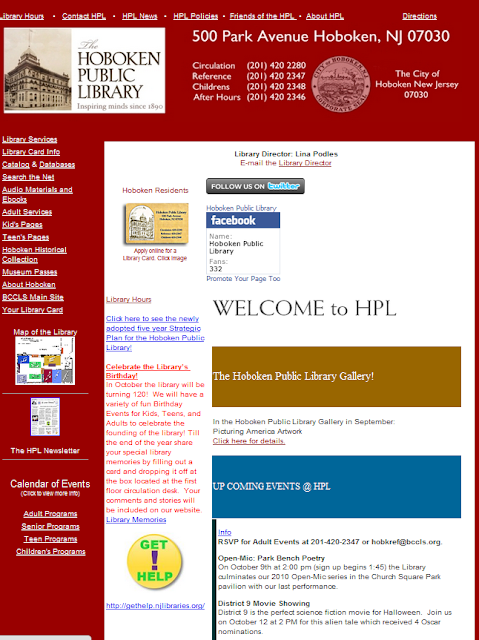 LINK
Link to October 20 The Jersey Journal article, "One of NJ's oldest libraries celebrates 120 years in Hoboken, fights for a place in the Digital Age".

Excerpt: On Oct. 2, 1890, the Hoboken Public Library opened its doors to the public for the first time. Well, it's cellar doors, anyway, as the first location was the basement of the National Bank on Second Street.

120 years later, over 40 people gathered in the library's permanent location on Park Ave. last night for a crash course in the library's history and even getting a chance to meet its first female librarian Nina Hatfield played by local thespian Florence Pape.

For instance, did you know the library is the third oldest libraries in the state founded under the General Library Act of 1894, behind Newark and Paterson? Or that the Stevens family, founders of Stevens Institute of Technology, donated the land the library has rested on since 1897?

"It's really connected to the history of Hoboken, to the Stevens family...," said Library Director Lina Podles. "There's a lot of history that we should be proud of." 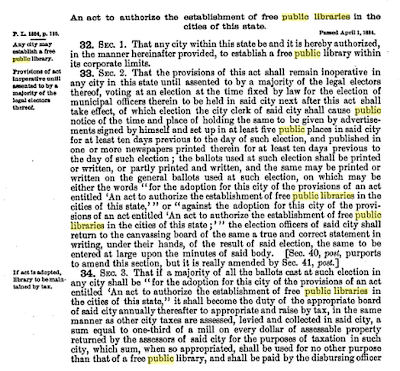 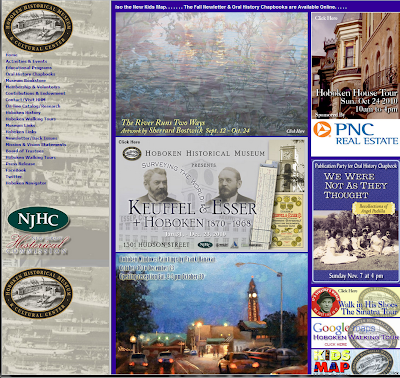 Hoboken Historical Museum
Posted by Retiring Guy at 7:14 AM