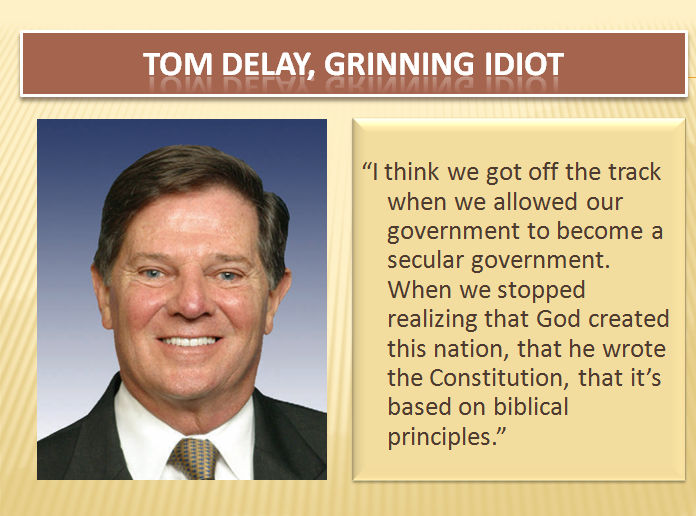 
During his tenure leading House Republicans, Mr. DeLay established a new low in ethical conduct among Congressional leaders. He put family members on his campaign payroll, took lavish trips paid for by lobbyists and twisted the arms of K Street lobbyists to ante up and donate to his party's candidates and hire more Republicans. But his conviction on Wednesday came from something else entirely, a scheme to steer corporate contributions to Republicans in the Texas Legislature.

Has Paul Soglin been listening to 'The Best of Bobby Goldsboro'? 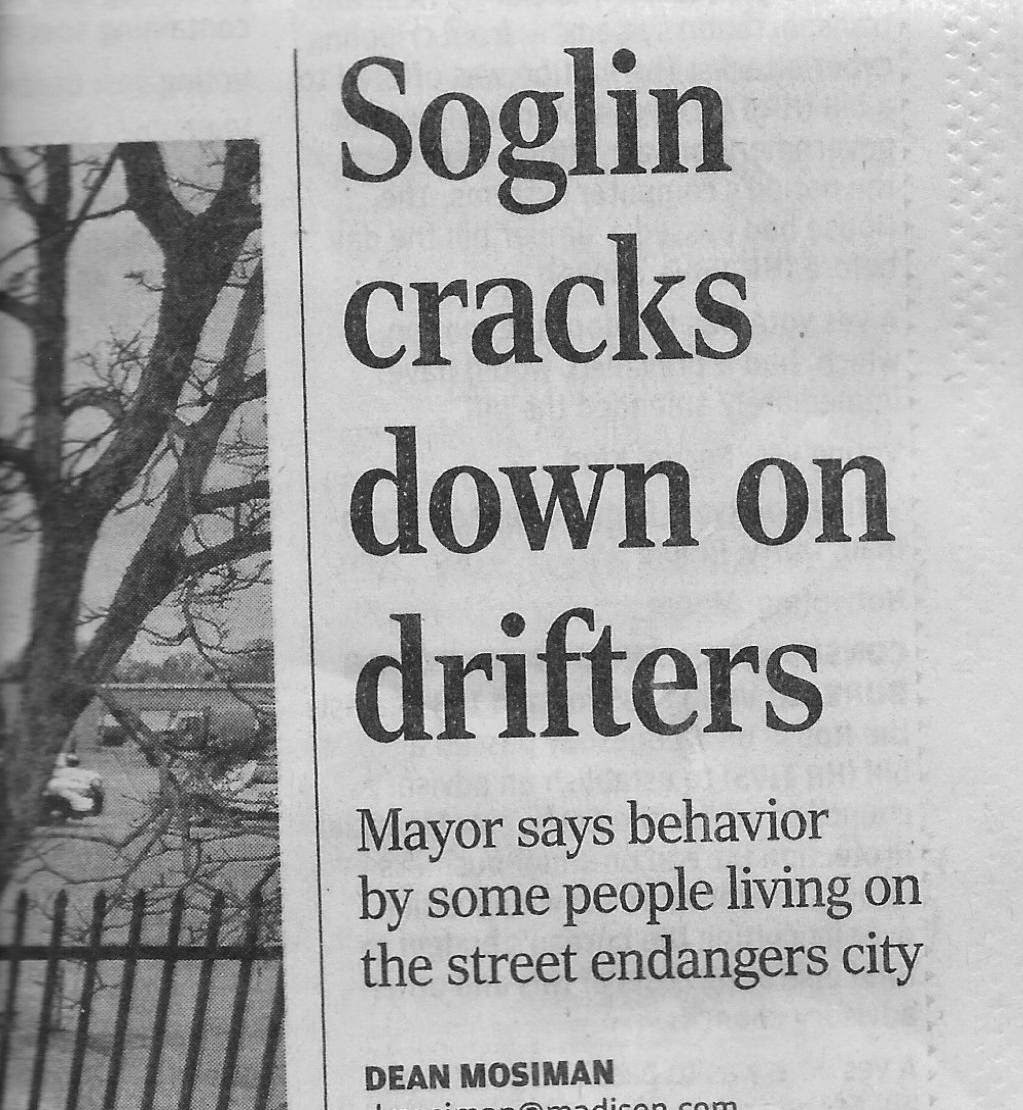 “We have a dangerous situation,” Soglin said in an interview. “What am I going to do when some child playing on the Square or State Street picks up a needle and is infected? This is about health, safety and crime.”


Flashback to July 22, 1990, and this excerpt from "State Street -- a road less traveled," an article in the Wisconsin State Journal.


Note the appropriately named Broadway (starting at 0:23), where angled parking is still permitted.

Angled parking was also the rule along Central Avenue in downtown Great Falls for many years.  Now a "halfsies" regulation appears to be in place. 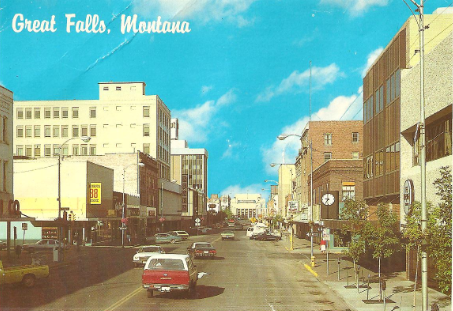 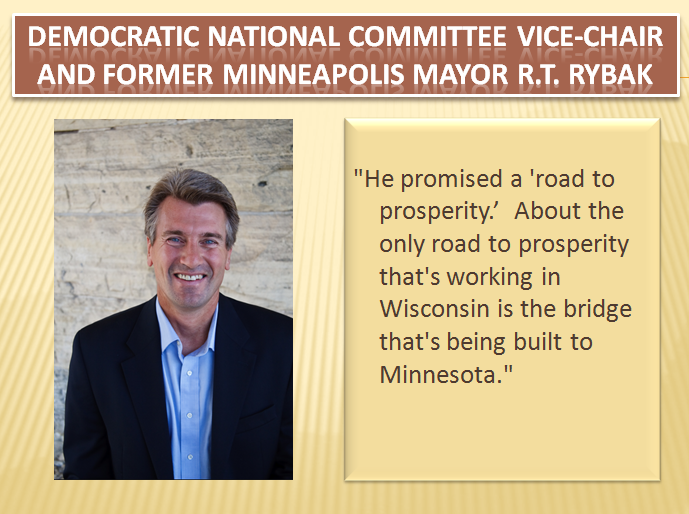 
An animated video of the bridge.

More information about this shared Minnesota-Wisconsin project can be found here. 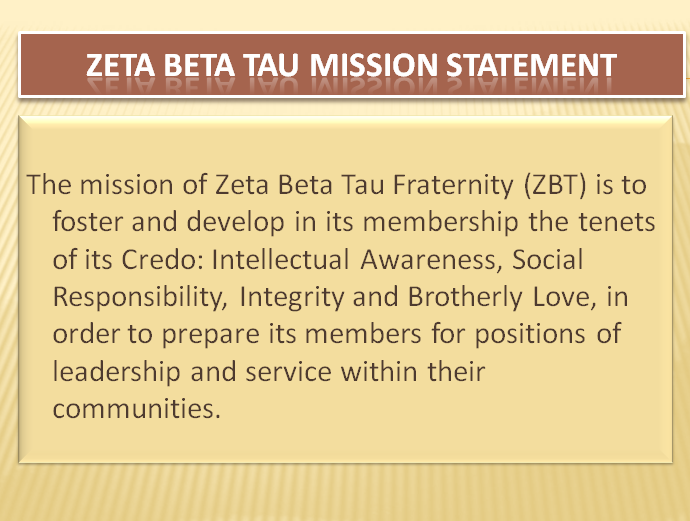 None of the above.

Posted by Retiring Guy at 7:28 AM No comments: 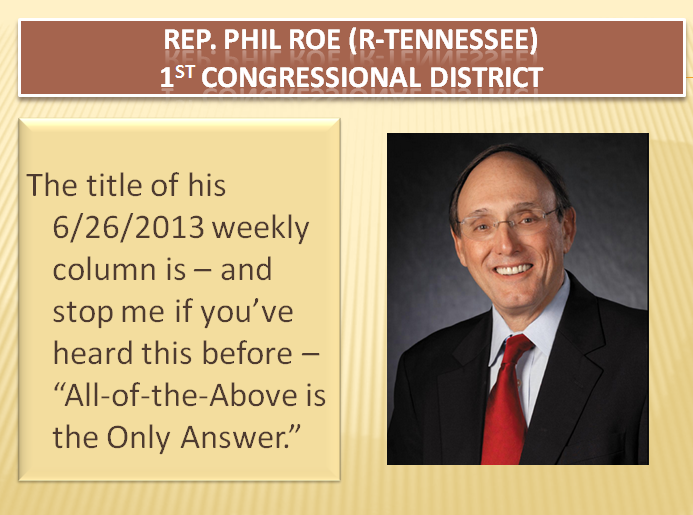 
*Wherein he agrees 'that we must be good stewards of the environment', a statement seriously undermined by his 0% rating in 2014 from the League of Conservation Voters.

Required reading for Rep. Roe and his northeastern Tennessee constituents.

Read more here: http://www.thestate.com/news/local/article13852676.html#storylink=cpy
3% lifetime rating (0% in 2014) from the League of Conservation Voters.


Posted by Retiring Guy at 7:15 AM No comments: 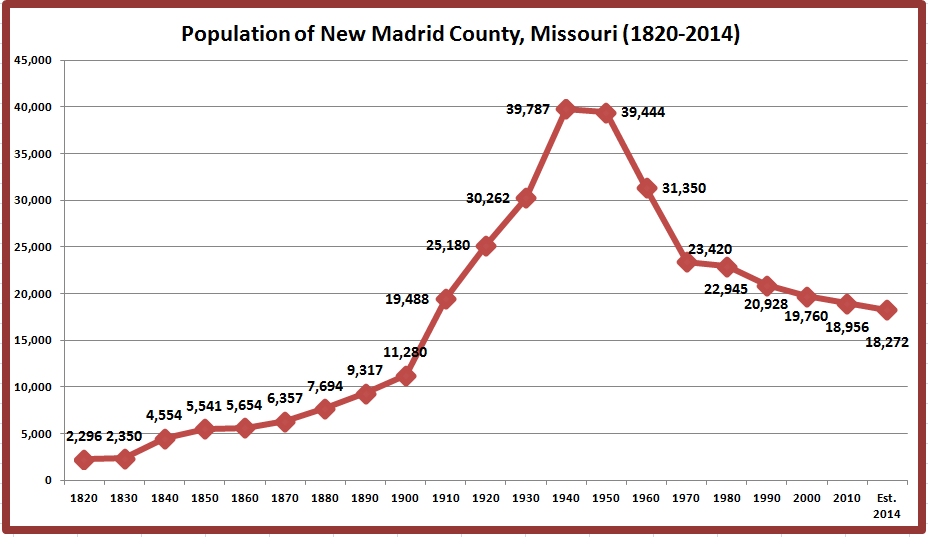 Source:  Wikipedia (as is map below)


Parma’s main strip looks like a bombed-out Wild West town, with abandoned brick buildings — an awning collapsing from one of them — broken windows and piles of rubble inside. There are two convenience stores and a couple of farming-related businesses, but generally little commercial life. Things here faded over the past several decades, as did the surrounding area, as small-time farming was overtaken by industrial operations, hurting the economy, residents said. 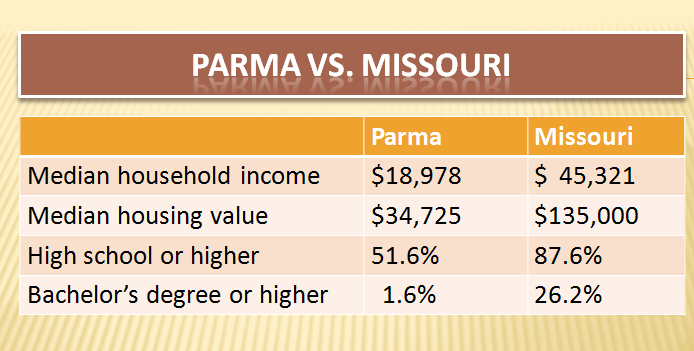 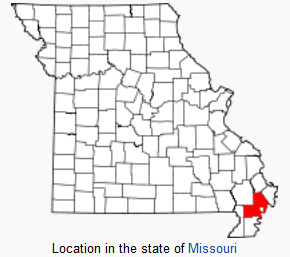 Here ends another episode of The Land That Time Forgot.

Posted by Retiring Guy at 4:40 PM No comments:

The Rev. Pat Robertson might be moved to say that this weather map is God's continuing punishment of Californicators


Precipitation is in the forecast over most of the West. 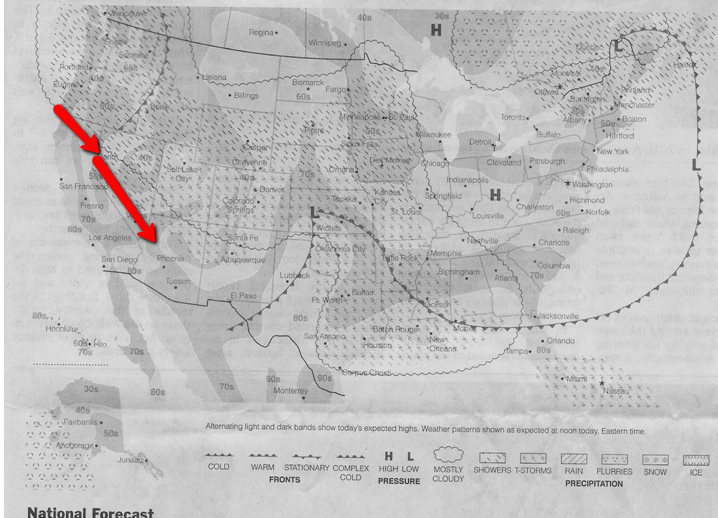 But, except for a northeastern sliver of the state, California gets bypassed.  Again.

In the News (Stuff You Can't Make Up): Strippers at Chinese Funerals

As my son just commented, "Why don't they just have an open bar, or a big spread of food?"


According to a statement from the Ministry of Culture on Thursday, the government plans to work closely with the police to eliminate such performances, which are held with the goal of drawing more mourners.


This was the heyday of "competing" recordings. Columbia would see a Decca hit rising up the charts, and rush to put a Sinatra version out. RCA would persuade Perry [Como] to record it. Capitol's Johnny Mercer would try his hand, while Mitch Miller would use someone from the Mercury stable, usually Frankie Laine in 1949. Thus listeners might have as many as four versions of a song playing on the radio at any given time, while record buyers could choose between six or more versions on the shelves. It was common, and nobody thought much of it, although there was a "race" to record and press competing copies. But it was business, the records were made quickly and released.


In my estimation, the best-ever version of "The Huckle Buck".

Thanks to reruns, I became a huge fan of "The Honeymooners" by my early teens.  And remain so more than 50 years later.

As for my own version of 'The Huckle Buck", a little movement in my sacroiliac in 1949 had nothing to do with the song, I'm sure.

Perhaps I was just excited about my baptism. 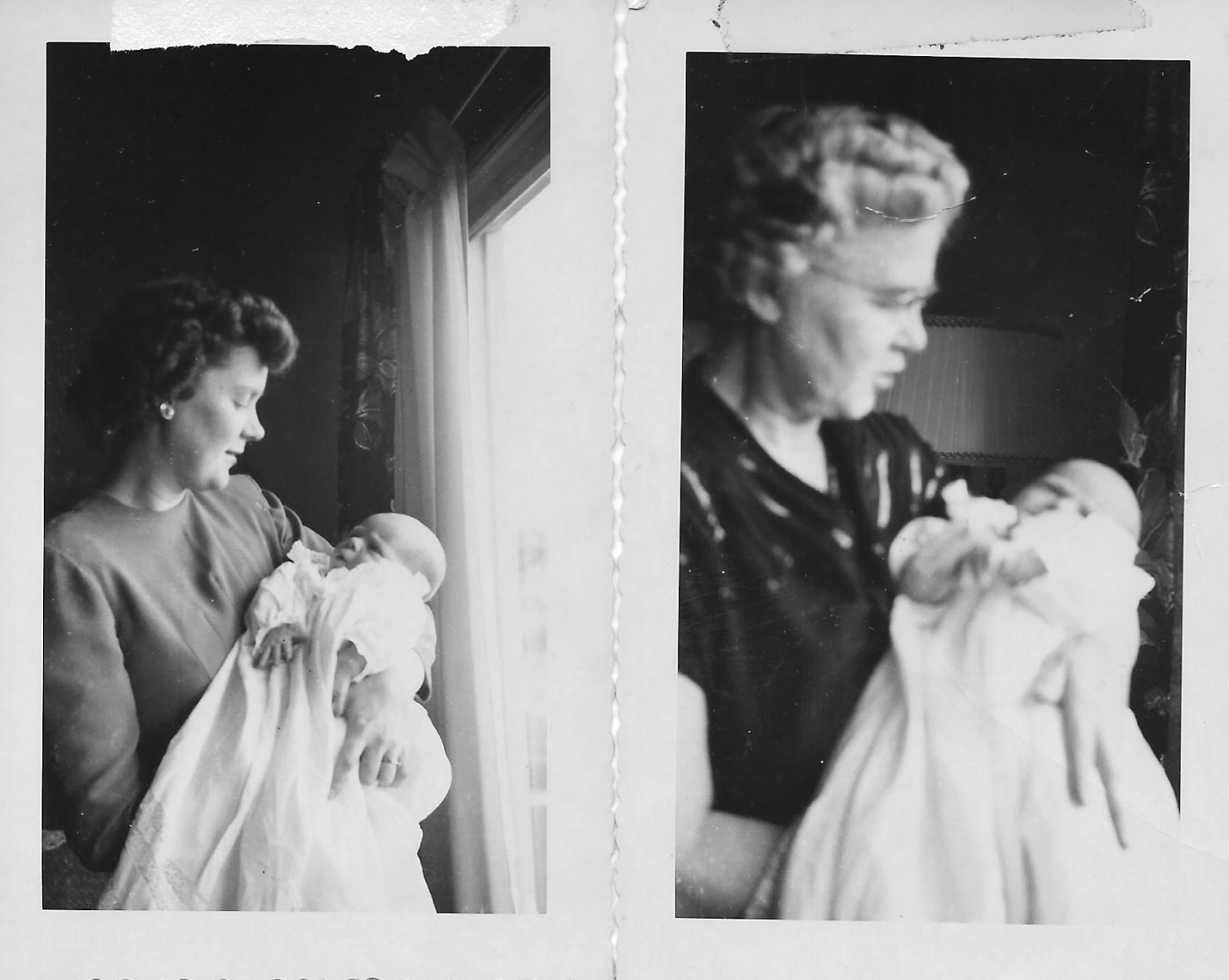 With Mom, with Grandma Luthgren 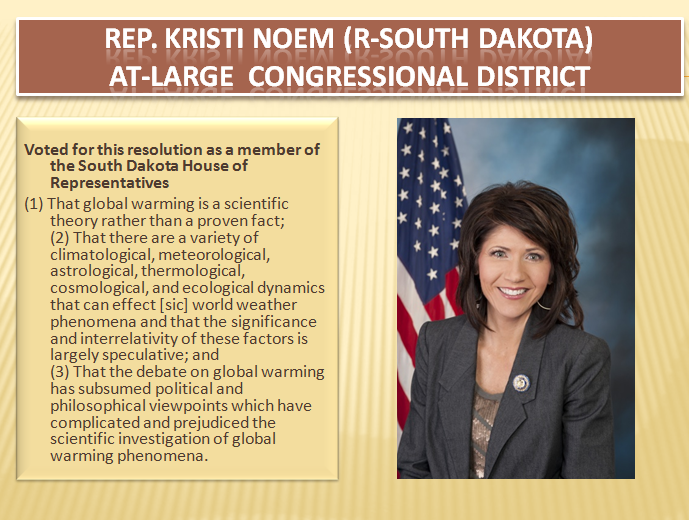 Required reading for Rep. Rice and her South Dakota constituents.


Over the next century, climate scientists say, states in the Northern Plains will face warmer winters, heavier rainfalls, and, according to some projections, twice as many days over 100 degrees F in the summer than they do now.


Read more here: http://www.thestate.com/news/local/article13852676.html#storylink=cpy
7% lifetime rating (3% in 2014) from the League of Conservation Voters.


Posted by Retiring Guy at 6:23 AM No comments: