It has been difficult for Foxconn Technology Group to operate in Wisconsin because the firm doesn’t have its usual freedom to alter plans as economic conditions change, a key executive says in a video circulating in the firm’s home country, Taiwan.

“Foxconn has never been operating in such a fashion before,” Louis Woo, special assistant to company founder Terry Gou, said of the firm’s activities in Wisconsin. “Now we are almost like living in a glass fishbowl, and we are the only goldfish inside that bowl.”

Foxconn is one of the largest electronics manufacturers in the world, so it’s a little surprising that a handful of articles from the business press investigating whether the company will actually build the LCD factory it’s contractually obligated to build counts as “living in a fishbowl,” especially after it kicked the project off with President Trump and Terry Gou literally holding gold-plated shovels.

GET ME REWRITE: A steady flow of hog shit coming soon to this Burnett County location 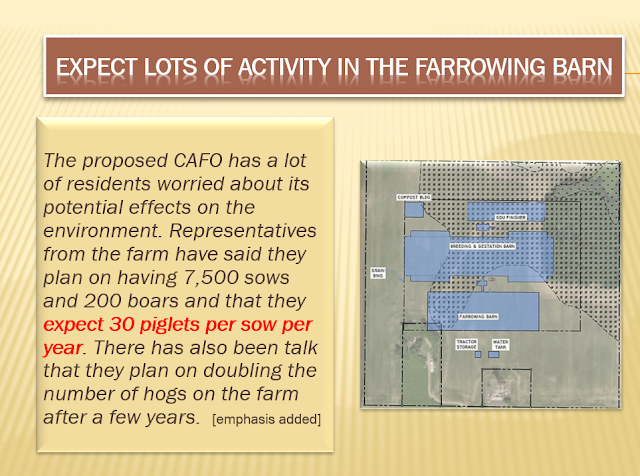 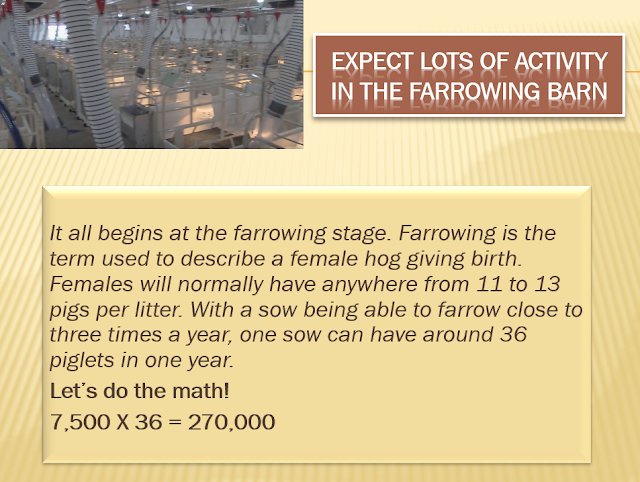 The human population of Burnett County is just over 15,000. 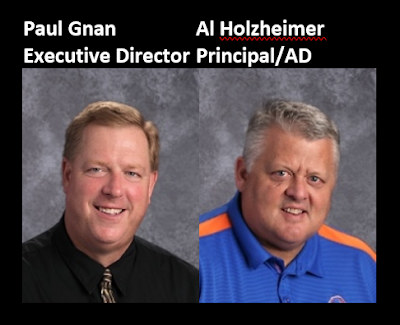 As we have just learned, "being gay" is one of the exceptions to the rule".

Werth had planned to deliver a student address as his school's valedictorian. After looking at an original draft of his speech, school administrators cut references to his struggles as a gay student and parts that critiqued biblical scriptures critical of homosexuality, he said in previous interviews.

Werth said he told administrators he would work with them to remove parts they didn't like and to make the speech something on which they could all agree. But they ultimately told him he wouldn't speak at graduation.


As an ELCA PK, Retiring Guy is aware that the Lutheran Church-Missouri Synod (doesn't matter what district) is where Lutheran dinosaurs to go worship. 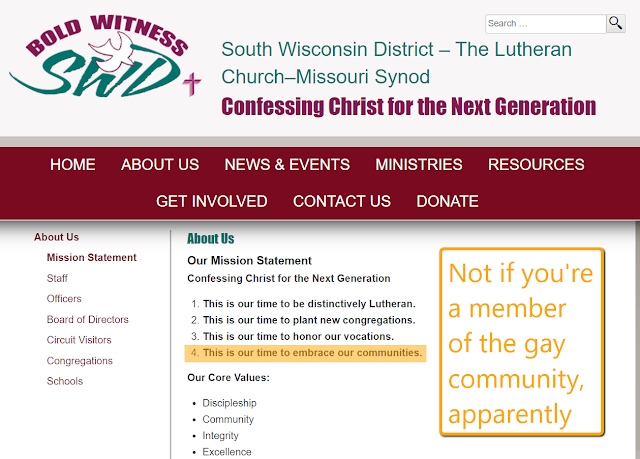 (highlight and text box added)
Posted by Retiring Guy at 8:33 AM No comments: 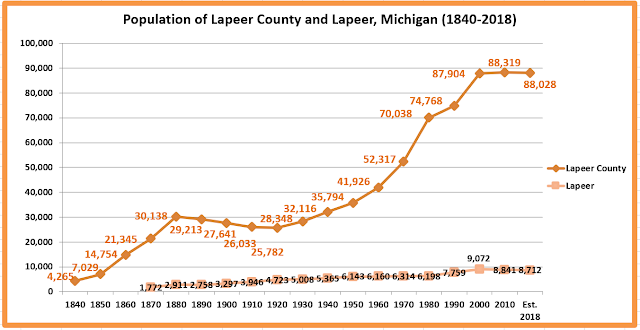 Lapeer is the county seat of Lapeer County. 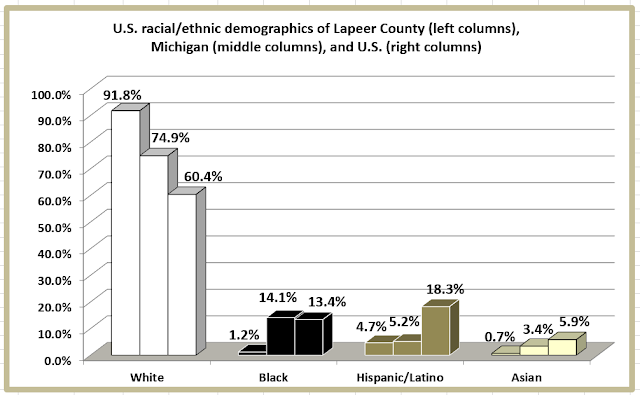 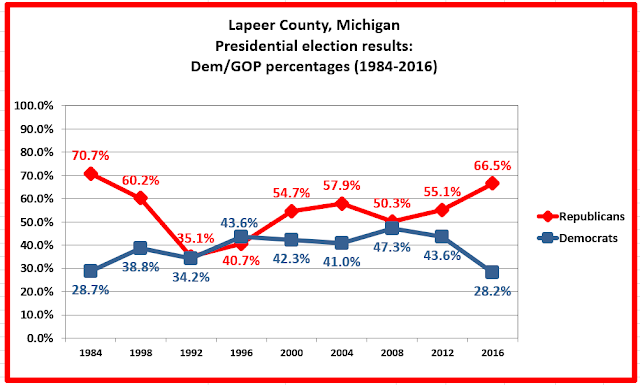 From the report of the Office of Inspector General re: dangerous overcrowding in border detention centers 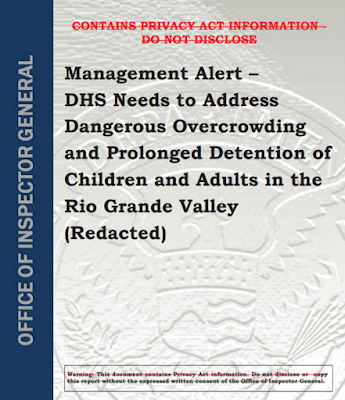 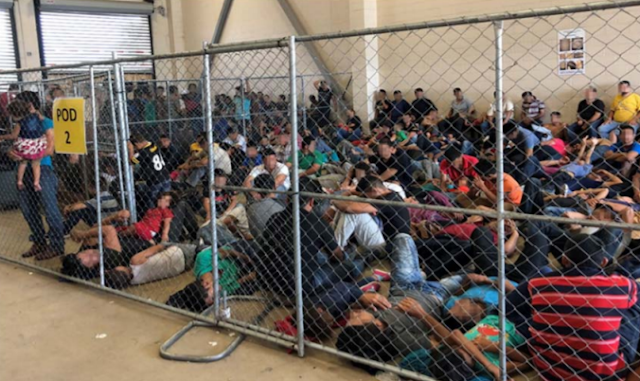 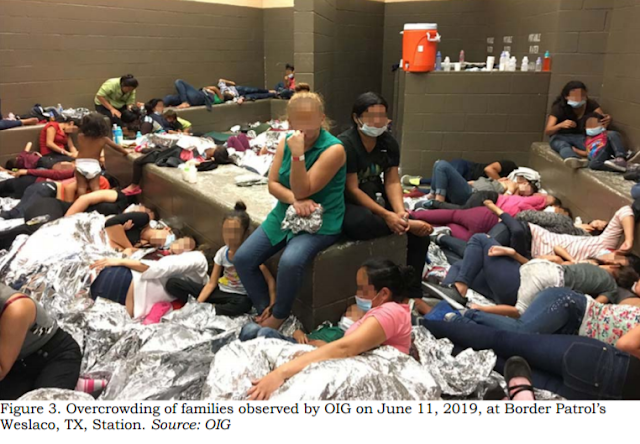 In these overcrowded conditions, CBP was unable to meet TEDS standards. For example, although TEDS standards require CBP to make a reasonable effort to provide a shower for adults after 72 hours,12 most single adults had not had a shower in CBP custody despite several being held for as long as a month. At some facilities, Border Patrol was giving detainees wet-wipes to maintain personal hygiene. Most single adult detainees were wearing the clothes they arrived in days, weeks, and even up to a month prior. Further, although TEDS standards require agents to remain cognizant of detainees’ religious and other dietary restrictions,13 many single adults had been receiving only bologna sandwiches. Some detainees on this diet were becoming constipated and required medical attention.  (page 8) 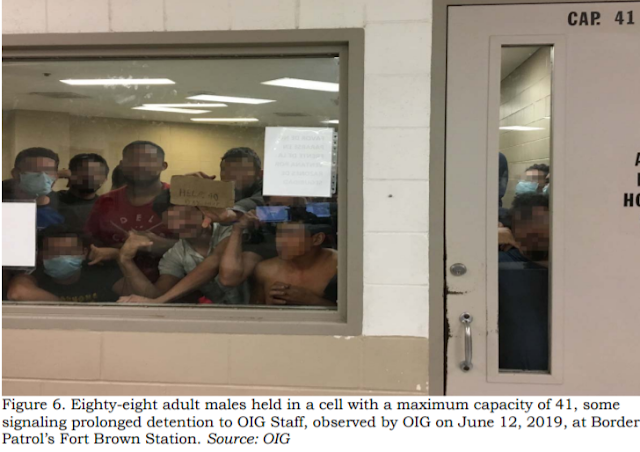 Senior managers at several facilities raised security concerns for their agents and the detainees. For example, one called the situation “a ticking time bomb.” Moreover, we ended our site visit at one Border Patrol facility early because our presence was agitating an already difficult situation. Specifically, when detainees observed us, they banged on the cell windows, shouted, pressed notes to the window with their time in custody, and gestured to evidence of their time in custody (e.g., beards).  (page 9)


And what does our president, a man with the emotional development of a 6 year old, have to say about all of this?


People who couldn’t tell a Dodge from a Chevy had reason to know Mr. Iacocca, who died on Tuesday at age 94. He, rather than his cars, was the star of many of Chrysler’s television commercials. He wrote best-selling books that were read by blue-collar and white-collar workers alike.


Print headline:  The Business of Star Power
Posted by Retiring Guy at 9:03 AM No comments: 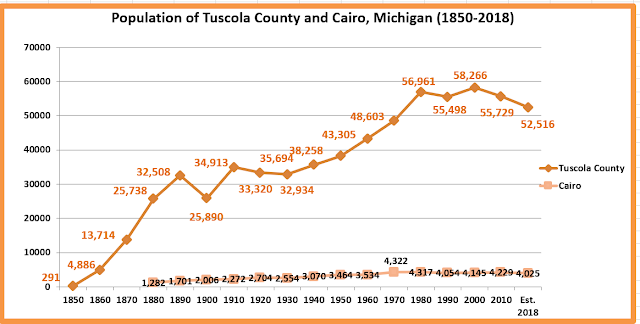 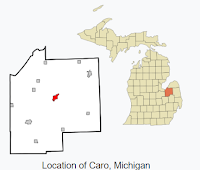 Cairo is the county seat of Tuscola County. 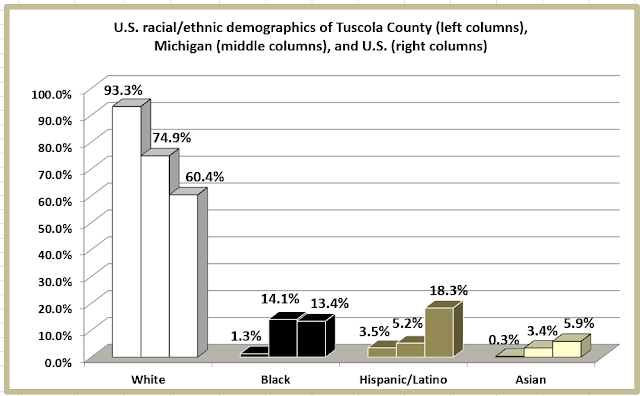 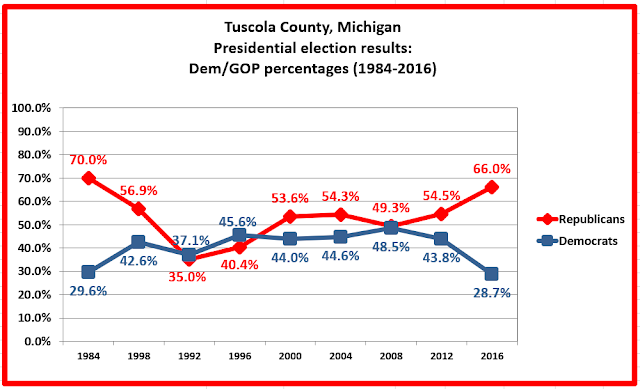