Library Circulation: Are You Shocked?

Excerpt:    But it is a shock to discover that book circulation, having soared over the last decade, has suddenly gone flat.

The bar went flat in Wisconsin last year for all formats.  (The Wisconsin Public Library Service Data does not provide subtotals for book and audiovisual circulation.) 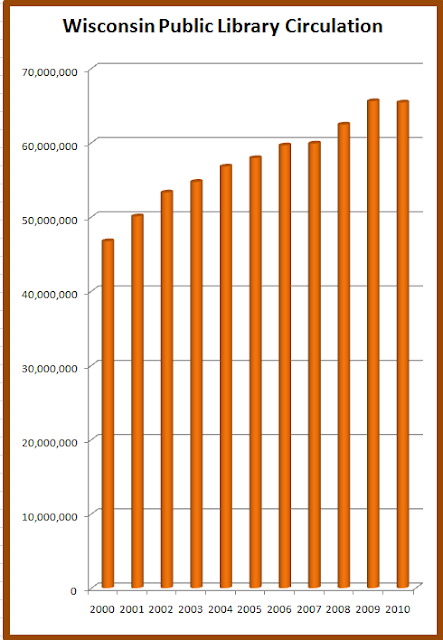 And then there's this long-simmering discussion.

And, in a slightly different vein.

Once upon a time, a sandwich bag containing a handful of Cheerios did the trick, at least for the toddler crowd.
Posted by Retiring Guy at 9:50 AM No comments:

You make the call.
Posted by Retiring Guy at 7:10 AM No comments:

Excerpt:   Facing a prolonged economic slump, colleges and universities in Wisconsin and elsewhere in the U.S. are placing increased importance on fundraising efforts to help sustain the work of higher education.

Excerpt: Faced with reductions in county and state funding, the library board is considering closing libraries up to two days a week. It’s also considering a plan to raise money from private companies and people to make up for lost tax dollars.

The meltdown is not limited to Atlanta.
Posted by Retiring Guy at 6:37 AM No comments:

Just a casual observation I made while paging through this book. 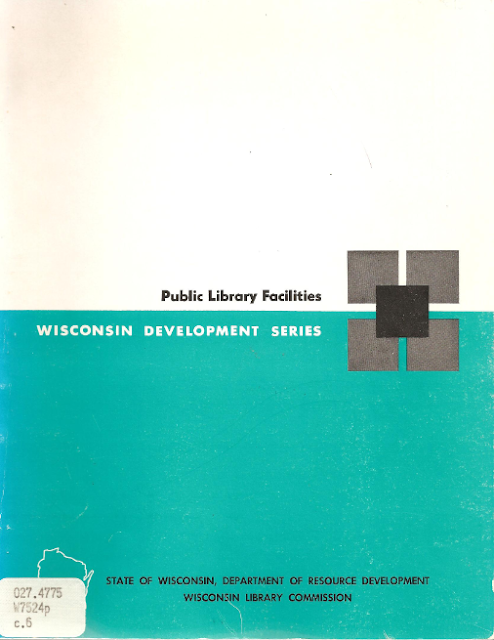 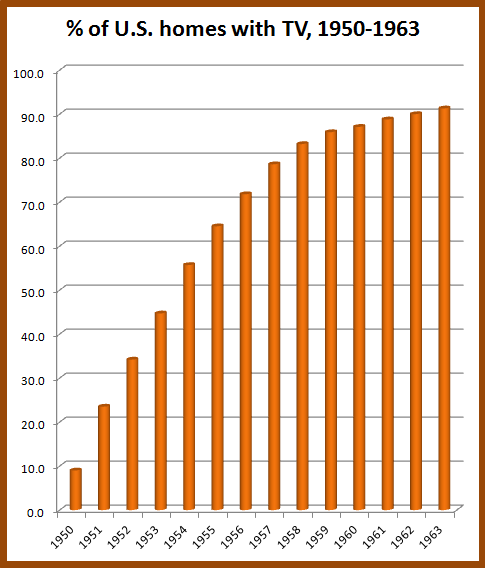 Apr 7, 1952 Television is becoming a large part of the lives of Americans. On CBS, the "I Love Lucy" show (which began in October) wipes out its competition on NBC. "I Love Lucy" is viewed in 10.6 million households, the greatest number to date for a television show. 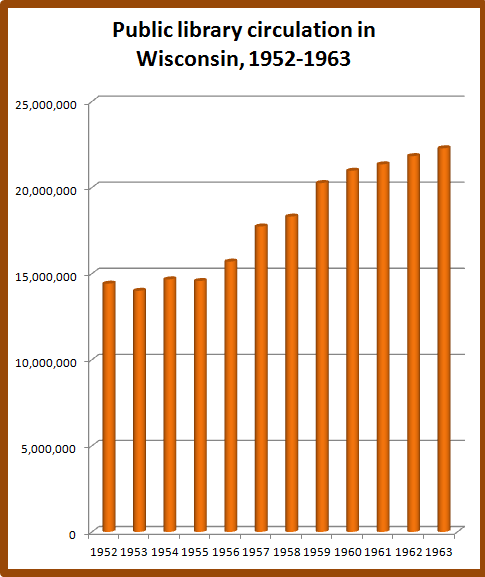 So....were there concerns, if not shock, over library circulation in the early 1950s?

There was certainly a debate taking place about the impact of television on reading, particularly as it related to children.  (1955 Rudolf Flesch published his influential work, Why Johnny Can't Read and What You Can Do About It. He discussed the reading problems of the nation's children and how television had a negative effect on reading ability.) 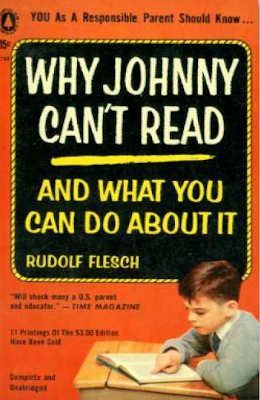 Late 1955 in the Nelson household, Great Falls, Montana.  No TV yet, but plenty of books. 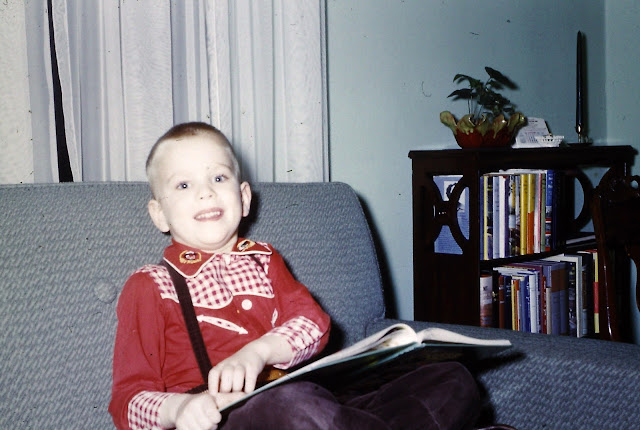 As if thumbing their noses at Mr. Flesch, my parents bought a TV the following year.

Hello, Lone Ranger.  Goodbye, Curious George.  Not really, though Curious George was the first book I checked out of the Great Falls Public Library.
Posted by Retiring Guy at 8:52 PM No comments:

Getting to Know Chapter 43 of the Wisconsin State Statutes: Part 10, Standards for Public Library Systems

A public library system shall not be established unless it meets the requirements under this section.

(1) POPULATION. The territory within the system shall: 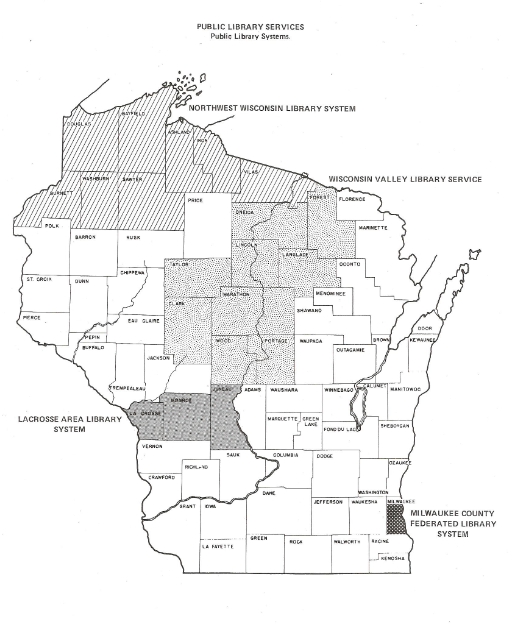 (b) No more than one system may be established within a single county. If the territory of a municipality lies in 2 or more counties which are not in the same public library system, the municipal library board or, if no such board exists, the municipal governing body shall determine the system in which the municipality will participate. 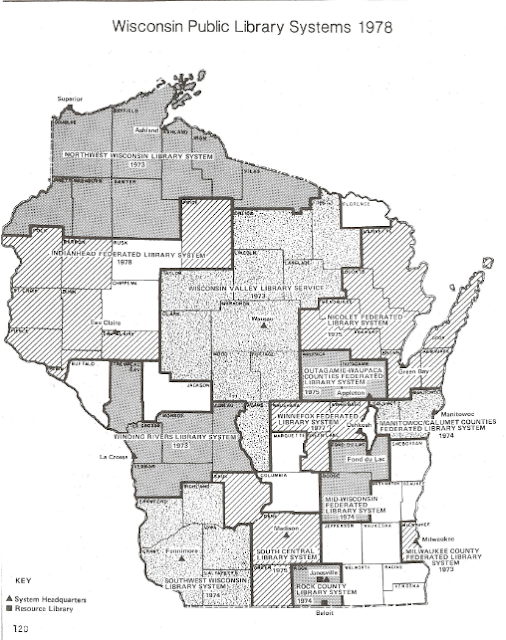 1983:  Every county except Florence, Ozaukee, and Washington 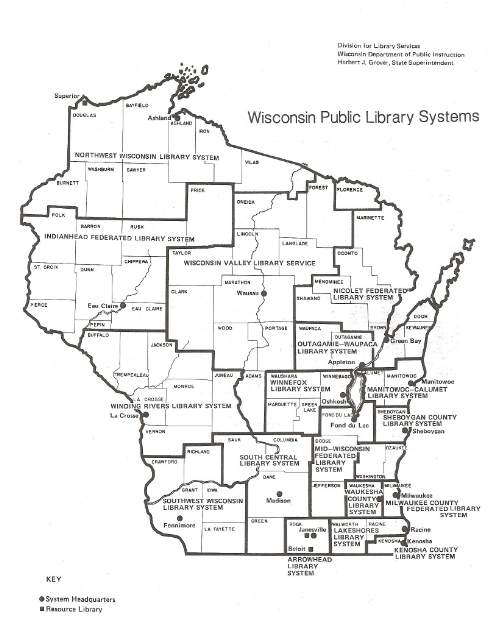 (b) A county may participate in a federated public library system if it does all of the following:

2. Provides the financial support for library services required under sub. (2).

3. Enters into a written agreement with the public library system board to participate in the system and its activities and to furnish library services to residents of those municipalities in the county not maintaining a public library.


2000:  All 72 counties in 17 public library systems;
Wood, Portage, and Adams counties have moved
to South Central since 1993.
Fond du Lac will later move to Winnefox. 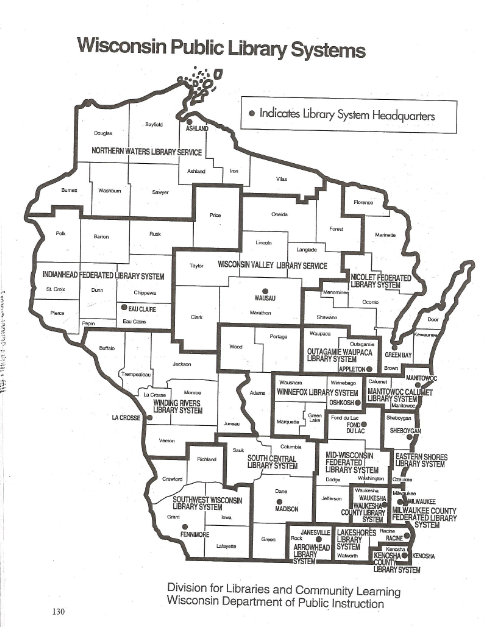 1. Is established under this chapter.

2. Is located in a county that participates in a public library system.

3. Is authorized by its municipal governing body or county board to participate in the public library system.

4. Enters into a written agreement with the public library system board
This subdivision does not prohibit a municipal, county or joint public library from
6. Employs a head librarian who is certified as a public librarian by the department and whose employment requires that he or she be present in the library for at least 10 hours of each week that the library is open to the public, less leave time.

(d) A county may establish a consolidated public library system in which the included county and its underlying communities form a single system. The county may, for such purposes, take over and acquire any library property by consent of the authority controlling that property.

(5) CAPITAL COSTS EXCLUDED. For the purpose of determining the amount of financial support required under sub. (4) (b) 2., amounts spent for capital projects shall be excluded. 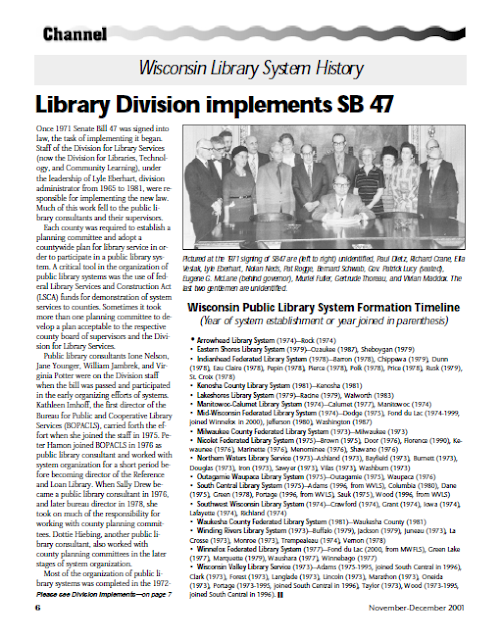 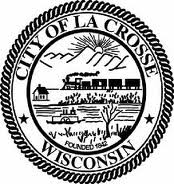 That’s why the city is considering a number of different options to cut costs or raise revenue as it prepares for the budgeting process.

Last year the city included a host of fee increases to help bolster its revenue without resorting to a property tax increase. Now it has been suggested the city look at eliminating or cutting back on curbside collection of yard waste, Christmas trees and leaves, which alone cost La Crosse $151,000 in 2011. Another option on the table is the possibility of selling naming rights and sponsorships to raise money.

Welcome to the new government economy. With cutbacks from the federal and state government, local government will continue to get less revenue and local aid. And because local government is the body that delivers most of the services, tough decisions need to be made.

Just happened, moments ago, to be revising a PowerPoint presentation for my SLIS class that includes this slide. 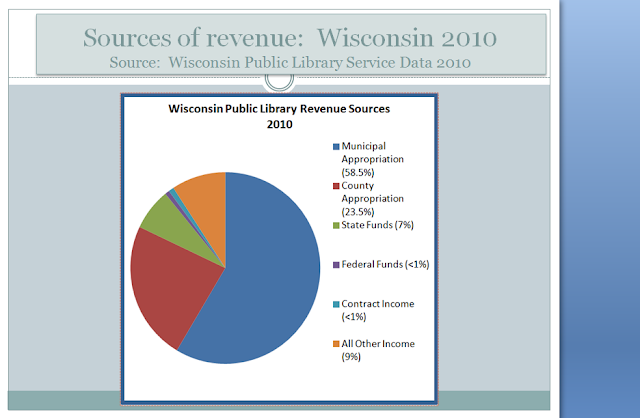 Posted by Retiring Guy at 6:58 AM No comments: 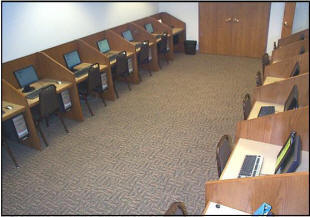 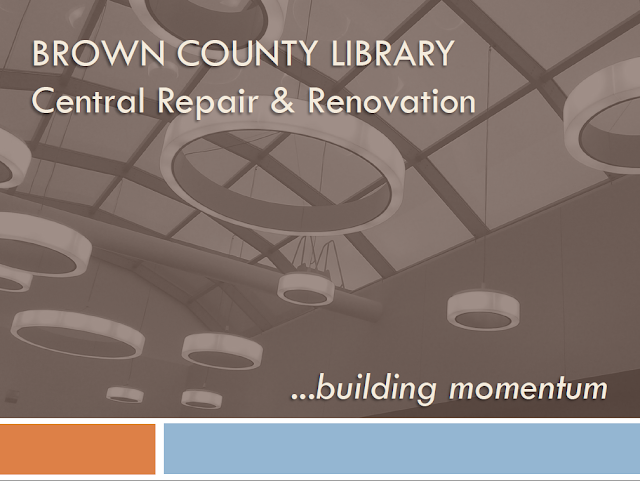 67% of tablet users say they would rather read an electronic version of a magazine than a paper version.

Countdown to the Release of the 1940 Census Records 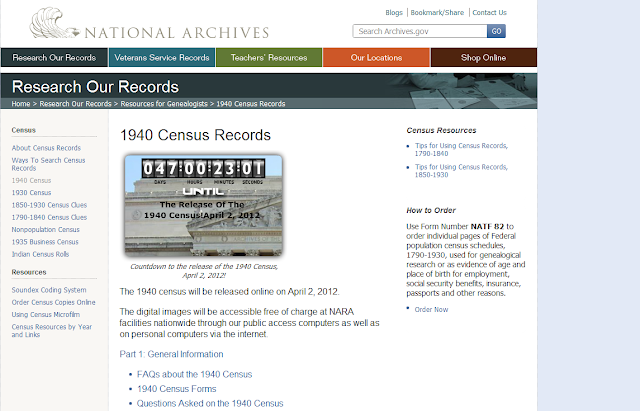 Guess it's a matter of perspective. 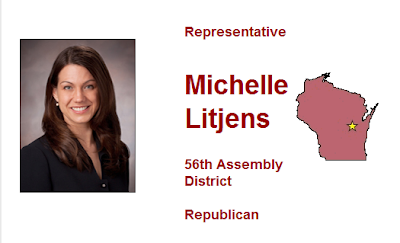 Excerpt: Since her election to the Assembly in 2010, Litjens was touted as an up-and-coming Republican. While she hasn't ruled out a future run for political office, Litjens said at this time her focus needs to be on her family. 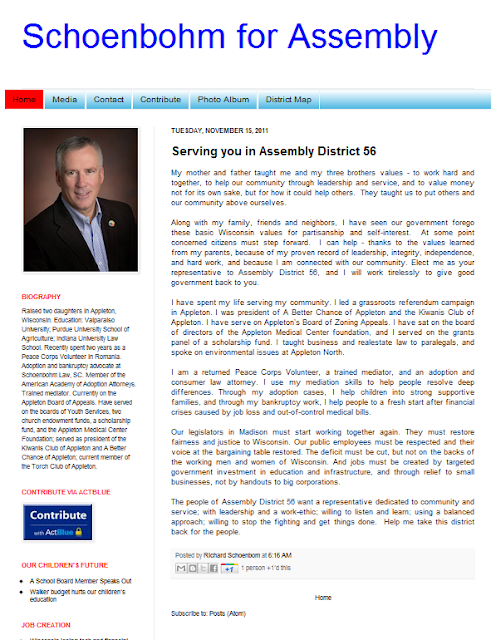 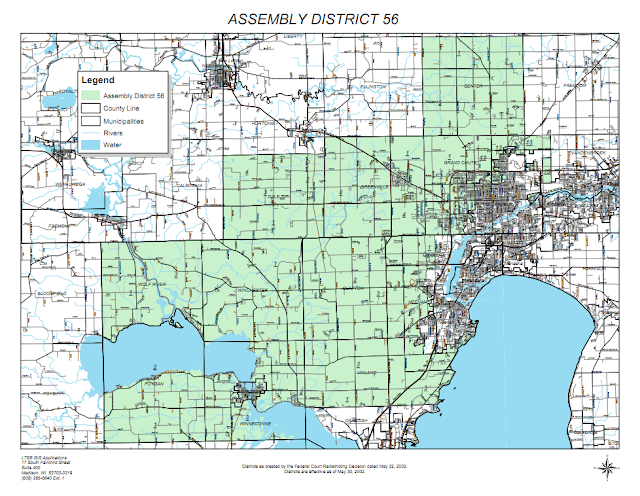 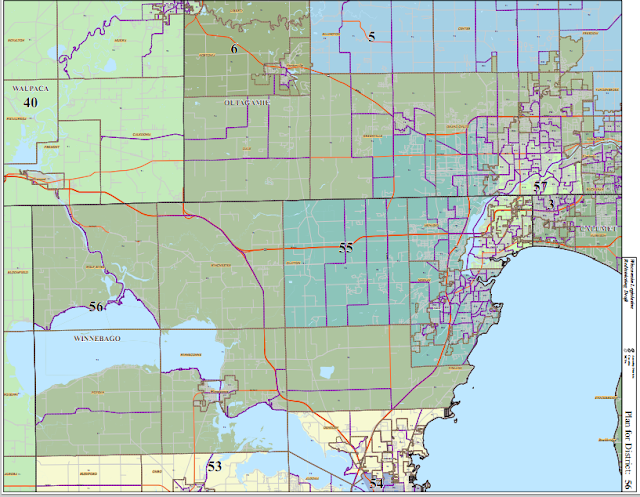 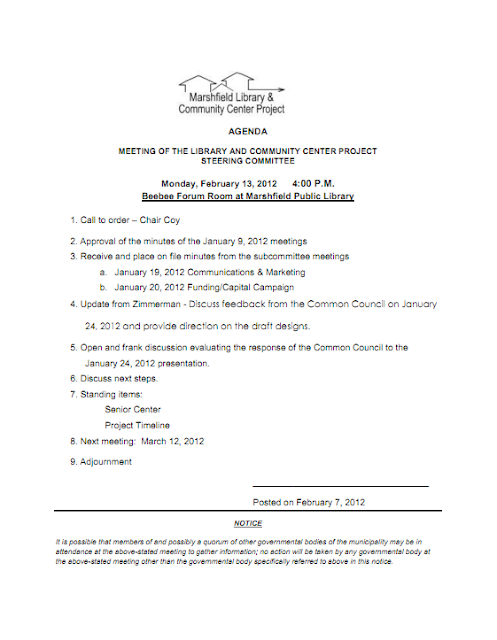 Excerpt:   Earlier proposed options for the facility included building a new library and moving the current Senior Center into the existing library. To minimize the library/senior center project cost, the Marshfield City Council at its Jan. 24 meeting directed the steering committee to provide a plan to expand the library by building an addition while retaining the current Senior Center for a community center.

It's questionable whether the new proposal to retain the current center while expanding the library by building an addition will cost less than a new building, said Dave Drews, an architect from Zimmerman Architectural Studios, Milwaukee.

Excerpt: Similarly, Konetzke and Hanna agreed on the need for an exhibition center ahead of a new public library. Geenen ranked bicycle lanes, a passenger rail service and a new library all before a downtown exhibition center in terms of priority.

A few of Geenen’s ideas came off as too quirky to some in the crowd, such as considering an indoor bike facility downtown for commuters, complete with showers.
Posted by Retiring Guy at 6:24 AM No comments:

Getting to Know Chapter 43 of the Wisconsin State Statutes: Part 9, Division Review 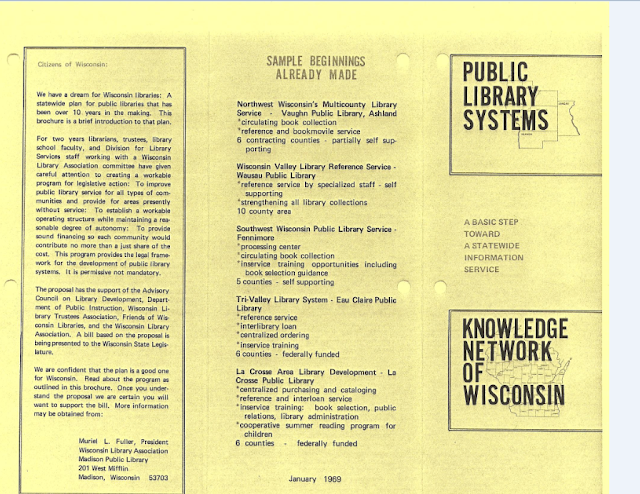 (3) The effective date of the establishment of a system under sub. (1) or of a change under sub. (2) shall be January 1 of the year specified by the division.

(4) [Appeal process]  Any decision by the division under this section may be appealed to the state superintendent. 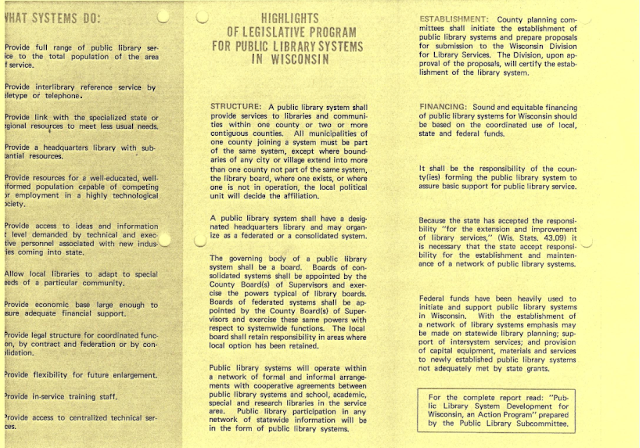 Going to extremes in preparing for a workshop? 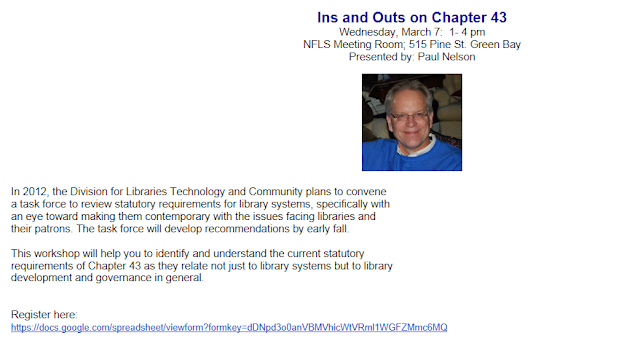 It Pays to Read the Inset

Posted by Retiring Guy at 11:16 AM No comments:

Name sound familiar? It should! 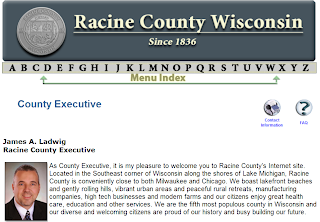 Excerpt:  James Ladwig recently took over the job of Racine County executive. He was sworn in last April, not long after Wisconsin Governor Scott Walker signed a controversial bill curtailing the bargaining rights of state and local workers. So with the new job, Ladwig got a new set of rules for governing his county.

For the most part, the new rules suit Ladwig just fine.

I guess Daniel C. Vock isn't into full disclosure, such as how Ladwig was selected for this story and why his instructive family history is not mentioned. 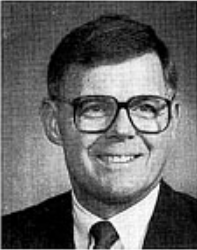 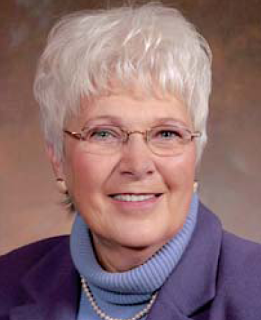 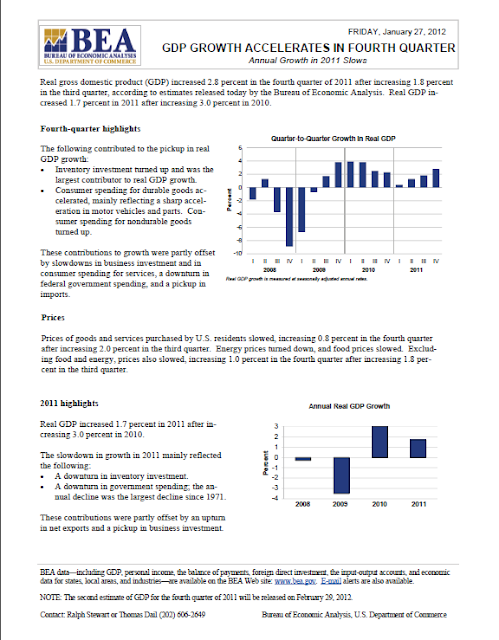