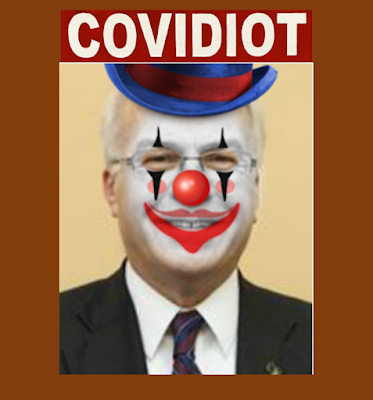 A state senator is officially requesting that the Wisconsin state Legislature sue the University of Wisconsin System for refusing to seek Republican approval of campus COVID-19 safety measures. While some Republican lawmakers have argued against legal action, the final say will come from leaders in the state Assembly and Senate.

On Aug. 3, the Republican-led Joint Committee for Review of Administrative Rules held a paper ballot voting 6-4 to order the UW System to submit COVID-19 rules including testing and mask mandates to the committee for approval. 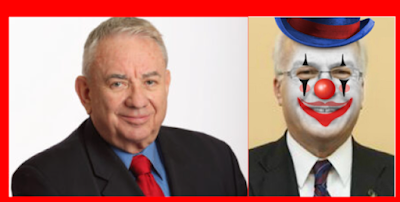 Indeed, it would have been. And it might still be a disaster if Nass, UW’s most unreasonable and incessant critic, gets his way.

Those are smart, prudent steps — a very small price to pay to keep people safe and schools open for in-person instruction. Rather than micromanage the system, the Legislature should let administrators and their staffs decide how best to protect people. But Nass doesn’t understand that — or doesn't care so long as he can score political points with his base. [emphasis added]\

The 7-day average of new Covid cases in Wisconsin continues to inch upward as students return to campus. 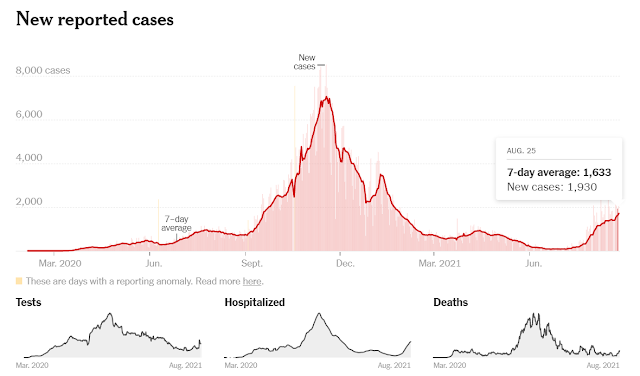 Milwaukee Journal Sentinel, 8/24/2021
As the Wisconsin GOP has done in their overweening fealty to Trump.

"Had this happened last academic year, the university might never have been able to set up community testing and vaccination sites, or even isolate sick students," Thompson said. "It would have been a disaster."

"I'm fairly confident we're going to win. I have no doubts (of) that if the Legislature sues us," Thompson said. "I don't think they will, but if they do, so be it. I'm not abdicating my responsibility. We will contest it. I don't want a fight with the Legislature, but we will contest it aggressively, whether it be the circuit court, the Court of Appeals or the Supreme Court."

He added: "We think we've got a great case."

Thompson said UW's situation is grounded in different legal arguments than the Wisconsin Supreme Court case that struck down the statewide mask mandate. UW System's independent authority to run the schools is enshrined in Chapter 36 of the state statute, he said.

Nass fired back Tuesday, railing against UW's "Ivory Tower administrators" who he claims are using pandemic rules "to control every adult that dares to walk on their campuses."

The biggest disaster in this scenario is career politician Steve Nass, whose been in the state legislature since 1990.
8/24/2021 update starts here

"I don’t want to pick a fight with the Legislature but I’m going to stand my ground and we’re going to do what’s necessary to keep the universities open and safe and healthy," he told reporters during a news conference. 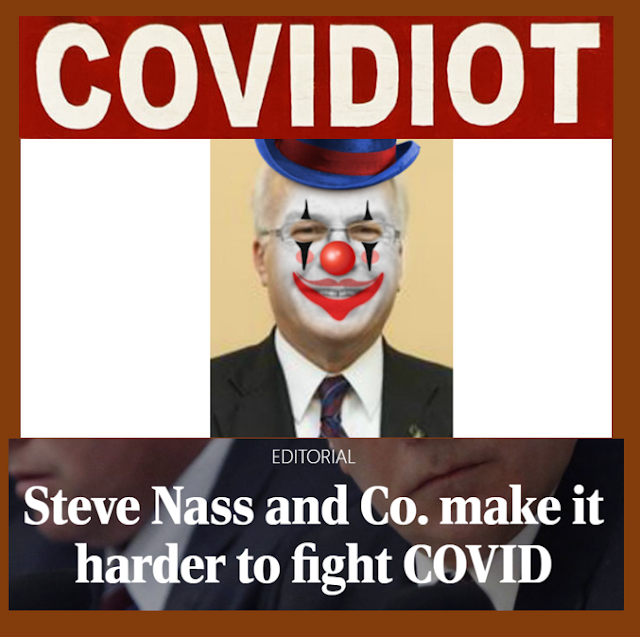 Nass and a handful of his fellow GOP lawmakers don’t want to hear any of that. They are bent on micromanaging public health policy at UW schools, which Thompson correctly warns would cripple sensible precautions as students return for fall classes next month.

Nass’ Joint Committee for Review of Administrative Rules voted 6-4 last week — without a formal meeting or public hearing — to require universities to submit plans for COVID-19 policies within 30 days.

Republican Sen. Steve Nass of Whitewater introduced the motion last week, which directs the UW Board of Regents to issue any current or future systemwide or campus-by-campus COVID-19 requirements as emergency rules, which the committee could block in part or whole.

"The path forward in addressing Covid-19 is not through excessive government mandates, but in the restoration of Americans being able to make voluntary informed decisions based on their individual health circumstances," Nass, a persistent critic of the UW System, said Tuesday.

State Sen. Steve Nass, R-Whitewater, said Wednesday he will move to require UW get approval from the Legislature’s GOP-controlled rules committee before enacting any virus-related requirements. Nass co-chairs the committee, which he said plans to vote Tuesday to block the UW virus protocols without a public hearing.

The pushback by one of the System’s most vocal critics comes as colleges across the country reassess their reopening plans in response to the highly contagious delta variant of the coronavirus.

Not only is Nass an ideological clown, he's a fucking idiot. 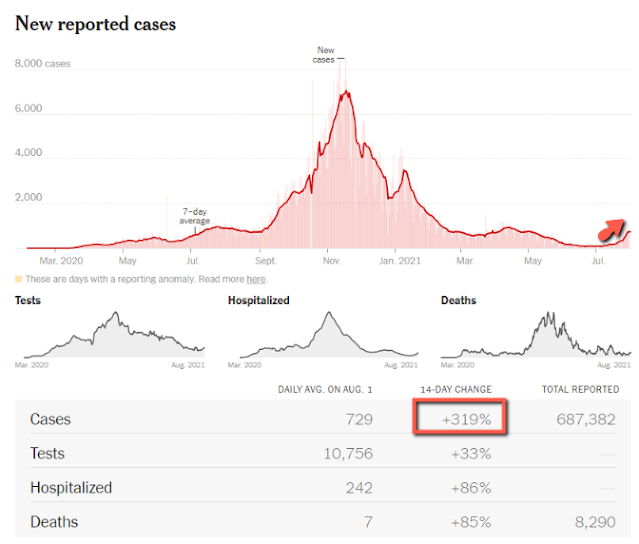 State officials suspended the rule requiring work searches last year because of the coronavirus pandemic and the unprecedented number of unemployment claims it spawned.

Since then, the economy has started to rebound and unemployment benefits have dropped dramatically.

The rule on work searches is slated to go back into effect July 10, but Republican Sen. Steve Nass of Whitewater said Friday he is spearheading a plan to reinstate it by the end of May, about six weeks early.

It's what heartless Republicans do.
1/19/2021 update. "This covidiot clown can't change his ways", starts here. 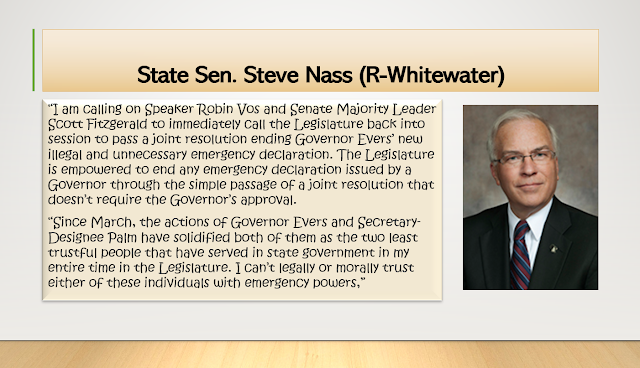 Most of Nass's gerrymandered district includes all of Walworth County and portions, Kenosha, Waukesha, Jefferson, and Rock counties. 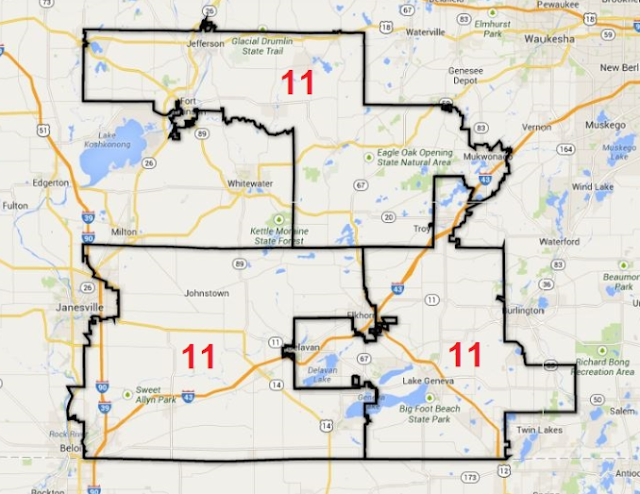 All of which rank among the coutnies with the highest positive COVID-19 test rate per 100,000 people: 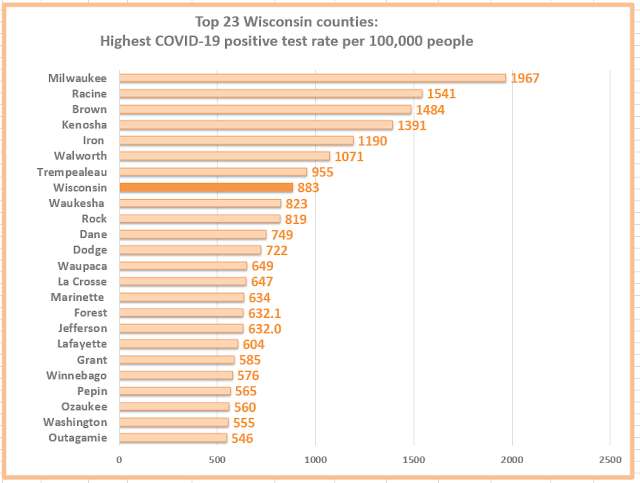 In the best interests of his constituents, he more than anyone else should be promoting this mandate.
Posted by Retiring Guy at 8:05 PM No comments: 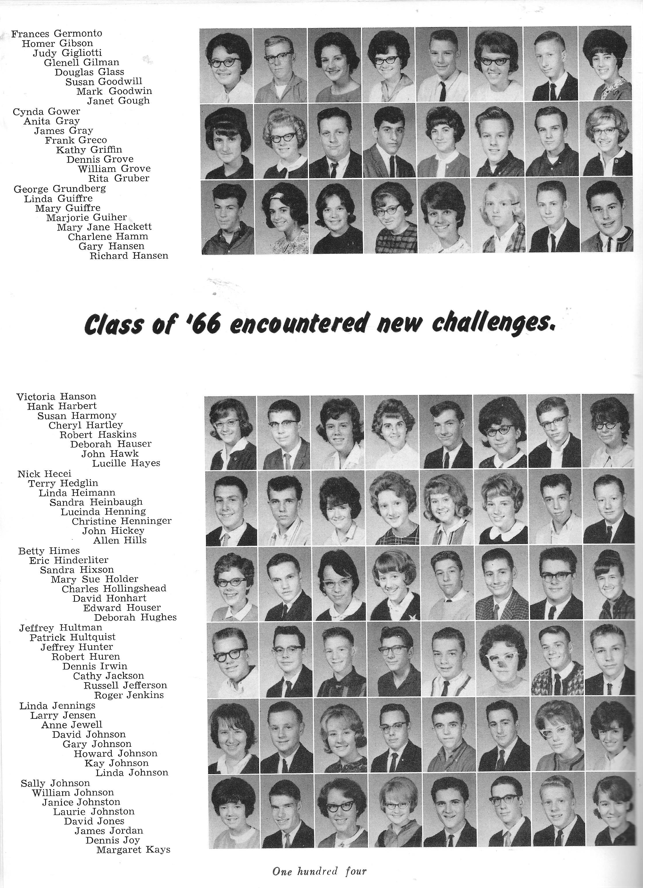 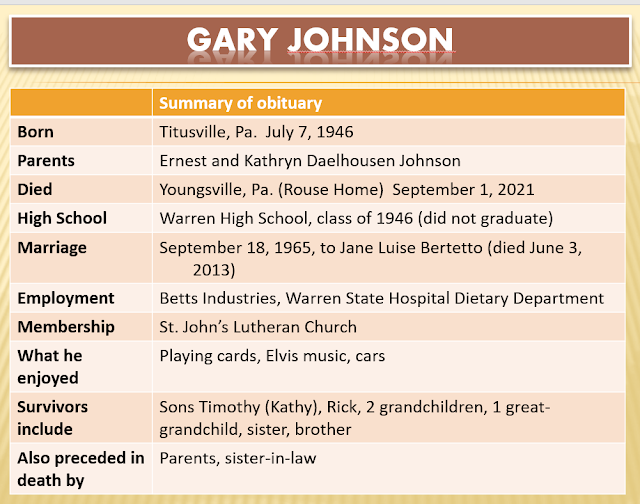 The popularity of Gary as a baby name is graphed here.  Let's take a look at great-grandson Liam. 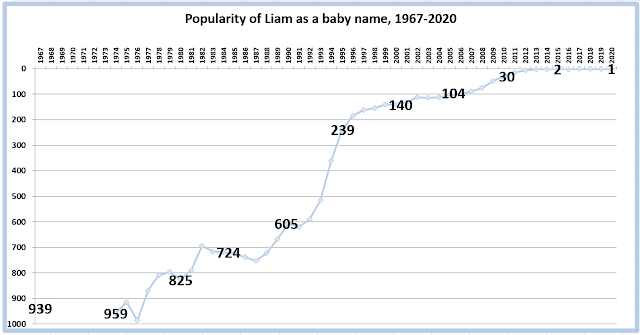 Posted by Retiring Guy at 8:29 AM No comments:

Greetings from Trump's America: Monroe County, Ohio, 97% white, waaaay Trumpier than it was in 2016 and sick with the delta variant virus 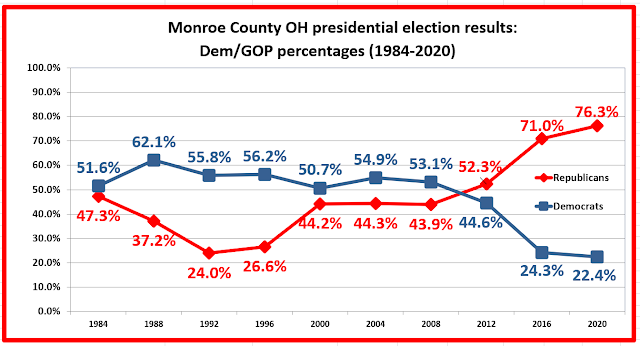 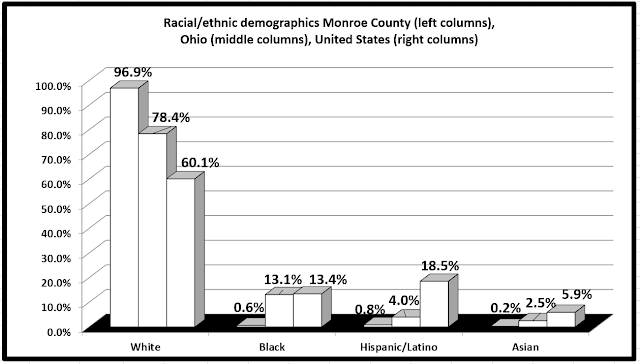 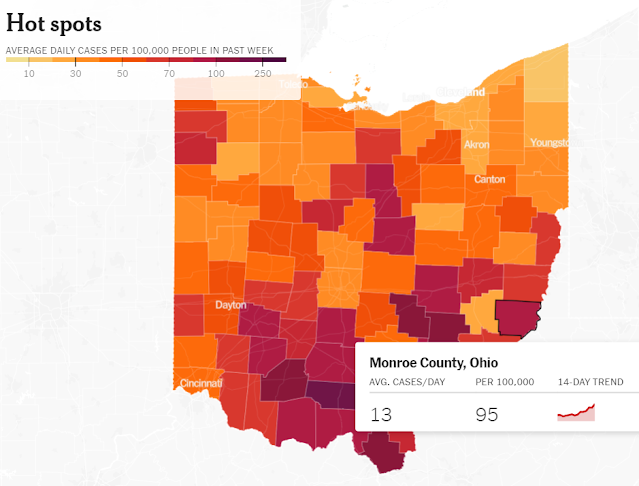 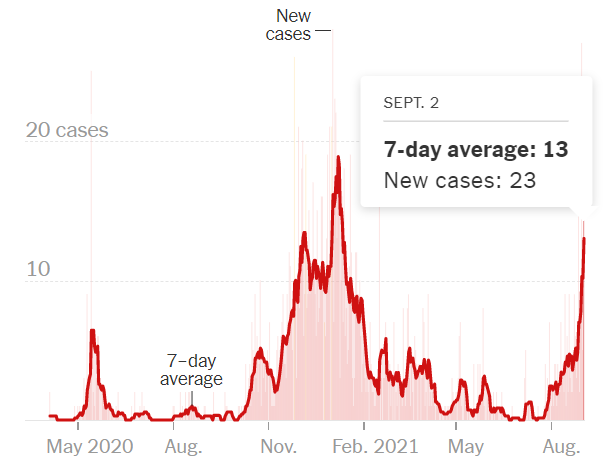 New York Times
Monroe County's vaccination rate (share of population who are fully vaccinated) of 38% is below the state average of 48.8%. 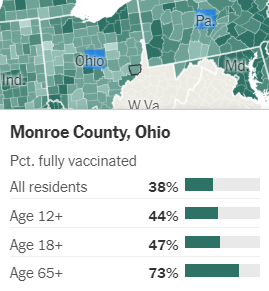