Excerpt: Before business owners finished scraping the mud off their First Avenue floors, before trash trucks hauled off the last of the waterlogged belongings, Andrea Blackman knew Nashville's flood had to be recorded.

And not just recorded — put into context and explained from different points of view so people decades from now would know how the city handled what may be the largest disaster of this generation.

So Blackman, Nashville Public Library's special collections divisions manager, and her team left the stacks and walked to where the damage was, pulling flood-related posters off utility poles and collecting business cards for future interviews.

They launched a major effort to collect all of the documents, photos and verbal accounts possible before the flood's first anniversary. 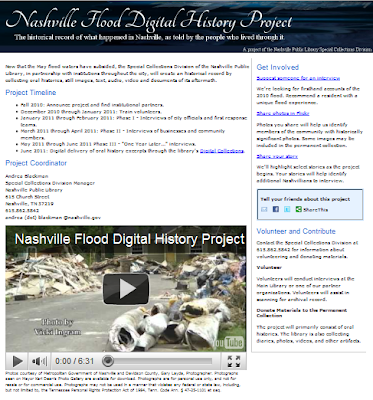