Warren Pennsylvania Notables and Where They Lived (The Siggins-Smith House)

Location:  315 Liberty Street (across from the Brown-Yerg house). 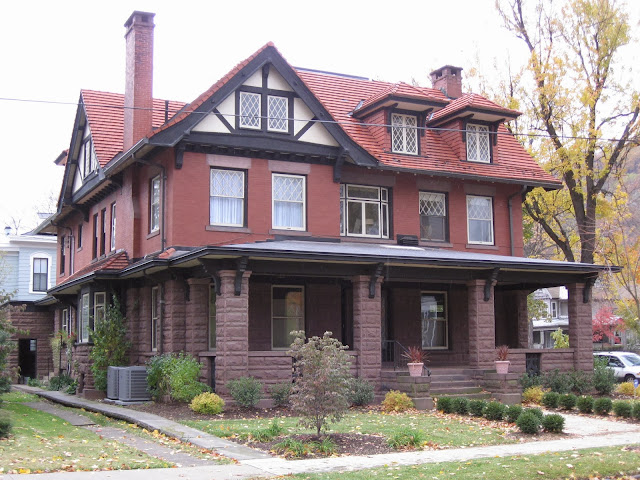 From "Genealogical gleanings of Siggins, and other Pennsylvania families; a volume of history, biography and colonial, revolutionary, civil and other war records including names of many other Warren County pioneers"

DAVID HENRY SlGGINS, of Tidioute, Pennsylvania; owned and operated a livery stable in Warren, Pa., for a number of years. For the last fifteen years. he has been identified with promoting street railways in Warren and vicinity; built and operated the Warren-Jamestown line — also several short lines in Eastern Kansas, with headquarters at Coffeyville and Winfield. He organized these companies and has served as their Presi- dent since their organization. He is a very successful business man, has always been interested in civic matters. His family are all members of the Presbyterian Church.

His son, Hugh A., and son-in-law, Samuel Q. Smith, are associated with him in the railroad business and hold responsible positions.