Warren Mall losing the last of its original (1979) tenants 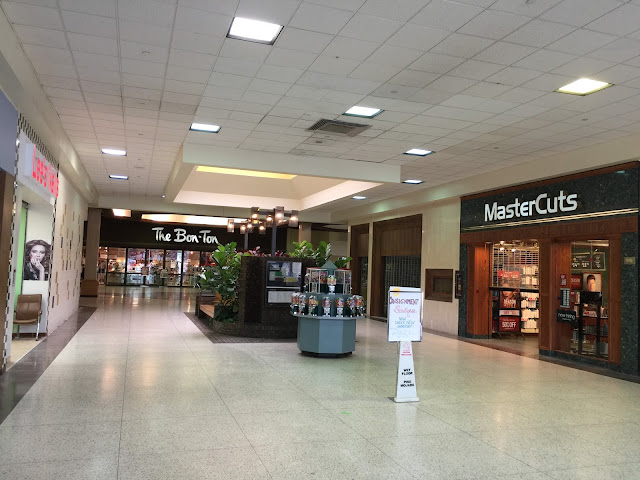 The loss of Bon-Ton will be another blow to the Warren Mall.  (A changing retail landscape has rained blows on the Warren Mall for more than a decade.) 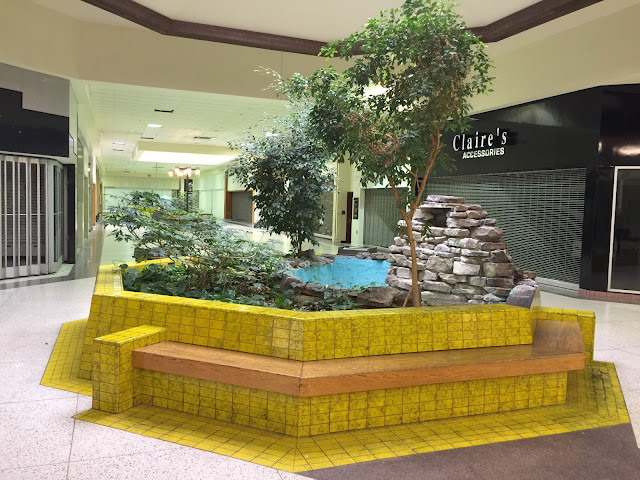 After the 2014 closure of KMart, Bon-Ton was the only remaining anchor store. Both ends, the former KMart at the south end [abandoned space shown below] and the former Big Lots at the north [originally occupied by Penneys], were vacant. 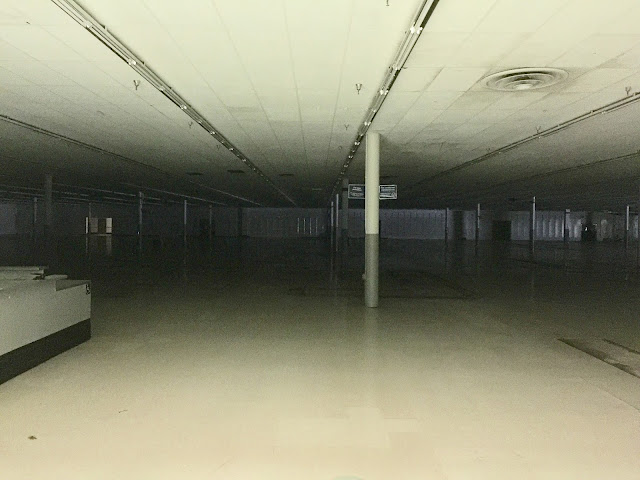 Cocca Development of Boardman, Ohio, purchased the mall in April 2016 and announced plans to demolish the concourse, leaving an open-air center. Since then, the company has renovated the parking lot at a cost of more than $500,000, and added Dunham’s Sports to occupy the northern anchor location. 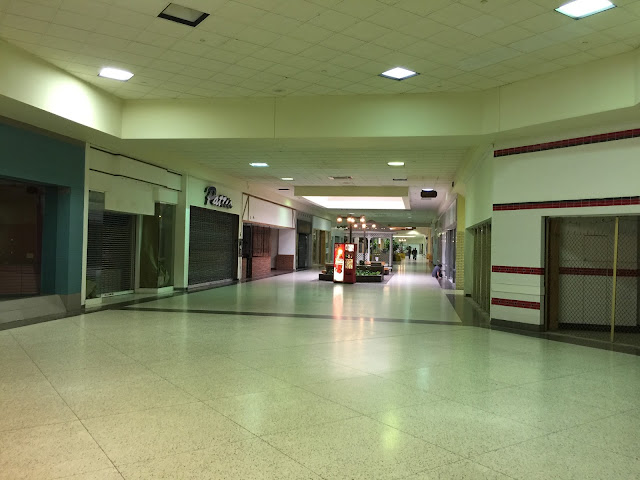