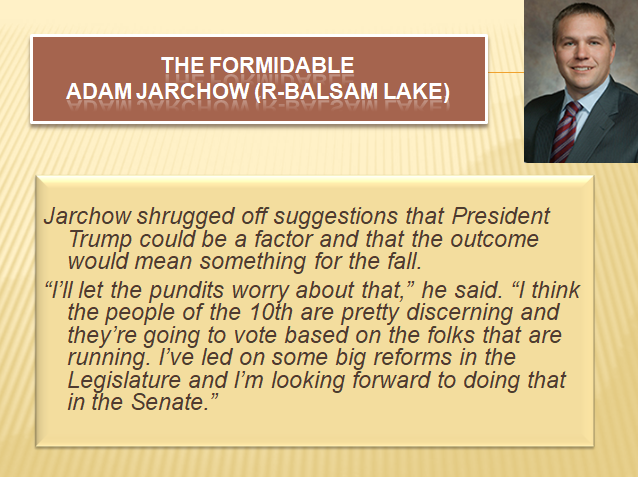 Might be time for Jarchow to update his photo


Wrong.  He's in the middle of his 2nd term in the Assembly.  Jarchow looks formidable. He’s in the middle of his third in the Assembly. He’s spent his time in Madison pushing bills aimed at pleasing his rural constituency, such as restricting game wardens’ access to private land, eliminating the minimum hunting age, lowering the drinking age and ending state wolf management efforts.


What about this fall?  Probably not that likely as the 28th is the most conservative Assembly district in the 10th Senate district. 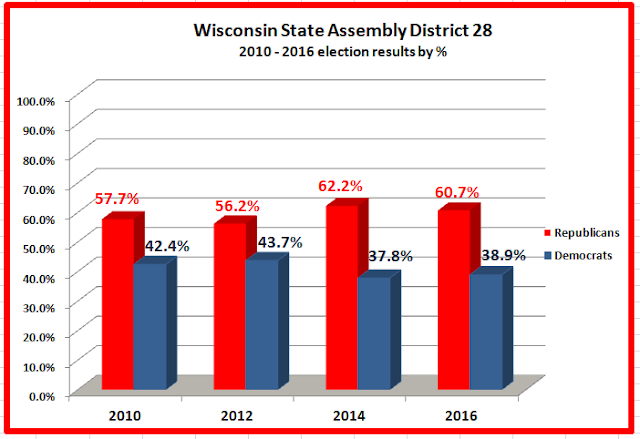