Meet 'the crazies', the members of the U.S. House of Representatives' Freedom Caucus: Dave Brat (R-VA)

Dave Brat is the rebel who took down Eric Cantor 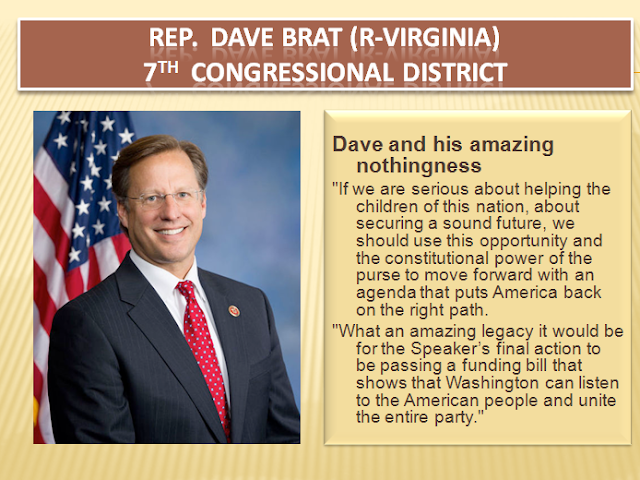