Rick Snyder is not running for President.  The increase in the minimum wage was approved by bipartisan votes in both chambers of the Republican-controlled Legislature. The House vote was 76 to 34, while the Senate vote was 24 to 12. 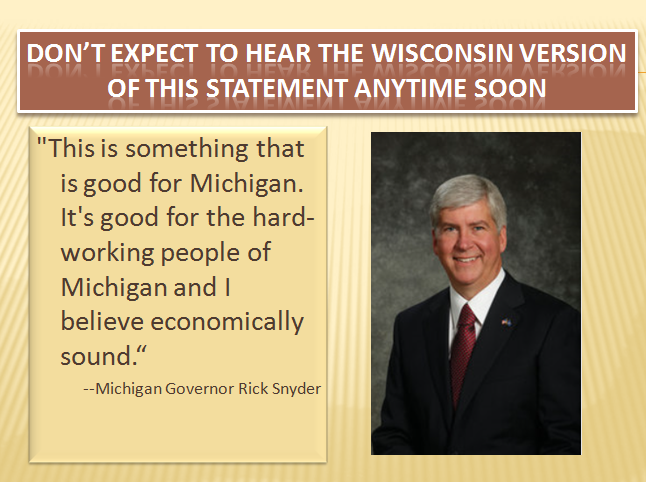 As for what Wisconsin residents say.

Start paying attention and vote.  But chances of boosting the Wisconsin minimum by nearly $3 are all but nonexistent. Gov. Scott Walker has reaffirmed his opposition to an increase, and a Democrat-backed proposal to raise the minimum wage to $10.10 has gotten no traction in the Republican-controlled Legislature.  (Charles and David don't allow.)