Considering the DNR's under-the-radar approach, I'd suggest it should worry all of us 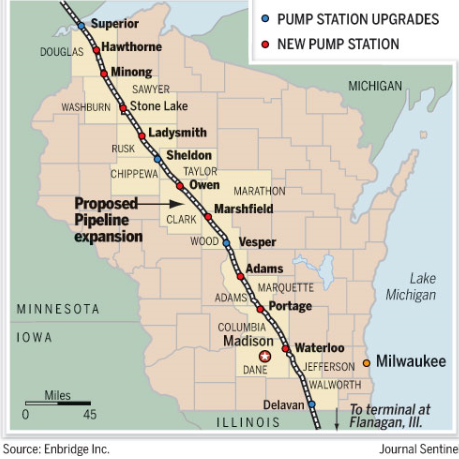 Wisconsin is open for pollution.  Until recently, the Houston-based company's plans have attracted little attention. In one instance, an application to the state Department of Natural Resources for a permit to construct and upgrade pumping stations on land with wetlands failed to generate a single public comment.

Critics said the lack of response is because the company and the DNR made little effort to publicize the project. Both the agency and company say they followed state rules on such matters, which included public notices published in February in newspapers in Marshfield and Spooner, two communities along the route.

And not to mention numerous other communities along the pipeline route.