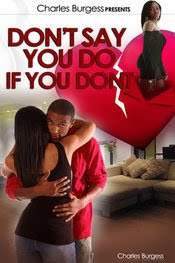 Excerpt: Urban fiction has been described by some as the print version of gangster rap. It's generally traced back to a 1969 novel called "Pimp" by ex-pimp Iceberg Slim, and to a series of novels written in the 1970s by a heroin addict and sometime convict named Donald Goines.

The genre has taken off in the past 10 years, though, with the growth of self-publishing and the huge popularity of rapper Sister Souljah's 2000 [1999 sic] The Coldest Winter Ever" [sic] and convicted drug dealer Vickie Stringer's 2003 book [2001 sic] , "Let that Be the Reason." Stringer once sold the work out of the trunk of her car on the way to making it a national bestseller.

"Push," the novel that inspired last year's movie "Precious, Based on the Novel 'Push' by Sapphire," also is considered urban fiction by some commentators.

Some people think of the recent boom as a spin-off from gangster rap music, but Justin Gifford, a University of Nevada-Reno assistant professor who's writing a book on the history of the genre, argues that it's the other way around - rap pioneer Ice-T patterned himself (and his name) after Iceberg Slim.