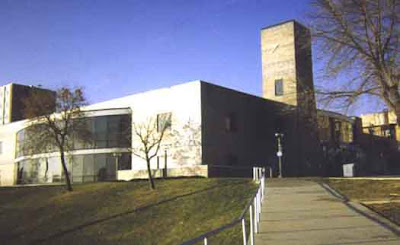 Link to December 30 Racine Journal Times article, "Library will reopen on Sundays - but not right now".

Excerpt: The Downtown library will not reopen the first Sunday in January as originally hoped by library officials.

The Racine Public Library, 75 Seventh St., was scheduled to reopen on Sundays in January as long as labor negotiations were complete. But those negotiations have taken longer than expected so the library's doors will remain closed on Sundays until further notice.

"We're just kind of waiting," said library Board of Trustees President Theron Snell. "I know we are not going to meet the target which was the first Sunday in January."