'The party of the left behind' captured Dayton/Montgomery County, Ohio in 2016

But just barely, as you'll see below. 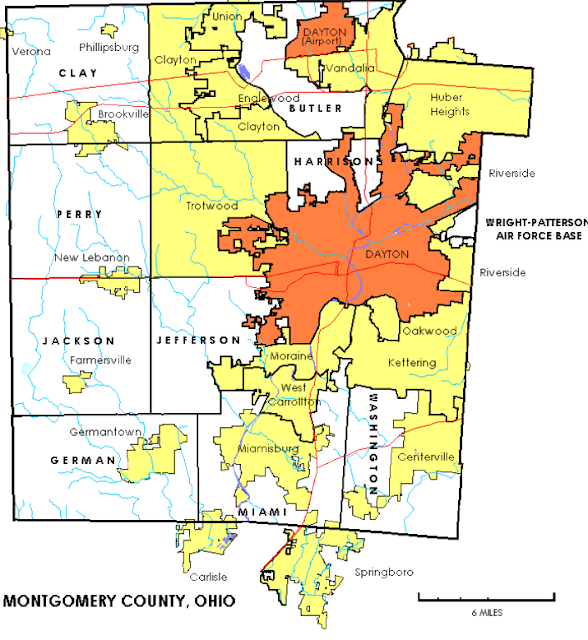 
Shawn Hoskins used to vote Democratic down the line. For the son of a lifelong Teamster, “it was the way I was raised — it was the way it should be,” he said. And after he went to work on the assembly line at General Motors’ Moraine Assembly plant in suburban Dayton, “I had a job and was in the union and liked the way things were going.”

But in 2008, G.M. closed the Moraine plant. At 42, with two toddlers, Mr. Hoskins found himself unemployed. As his fortunes soured, his politics changed: In 2012, for the first time, he voted for a Republican presidential candidate, Mitt Romney.

Dayton is the county seat of Montgomery County. 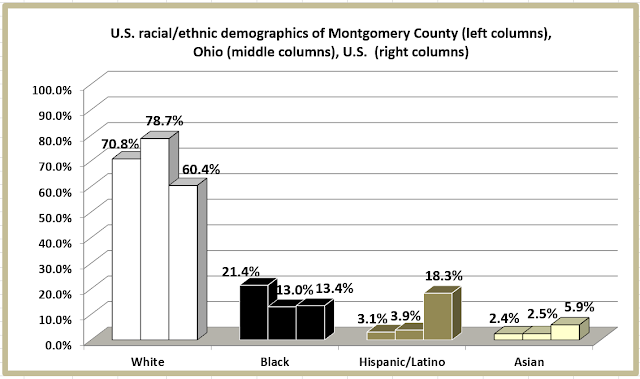 Since 1992, it's been a close call in Montgomery County. 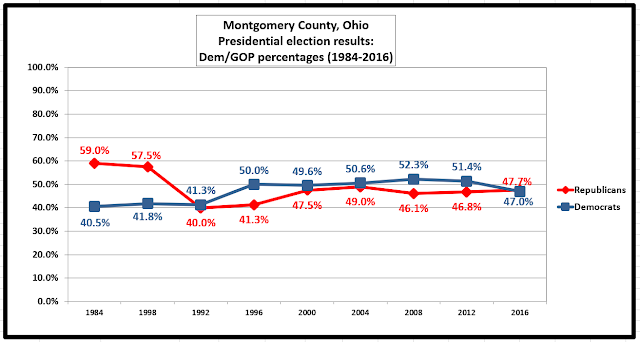