GET ME REWRITE: Another rich white guy wants to own a major-league sports team 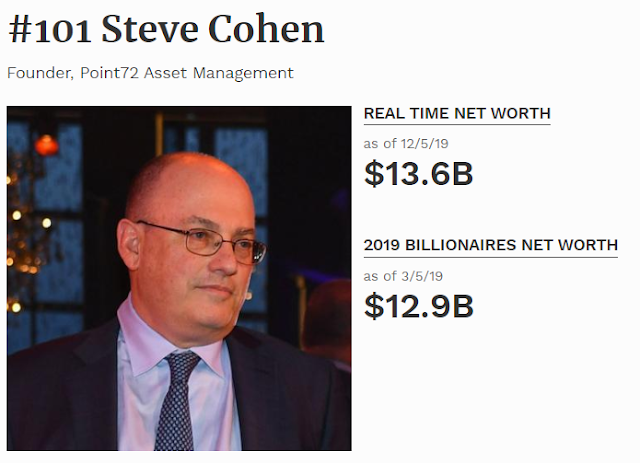 
Apparently, all is forgiven.  It would also be the biggest step in the re-emergence of Mr. Cohen as a major player on the New York scene. Mr. Cohen, a billionaire who made his fortune in the hedge fund business, was a major figure in New York society and the art world when his fund became embroiled in a series of insider trading investigations that began after 2009. He was never charged with wrongdoing, but his firm ultimately paid nearly $2 billion in fines [not much more than pocket change, eh?] and he agreed not to manage outside money for two years.