Thoughts and prayers get us nowhere. It's time for policy and change. 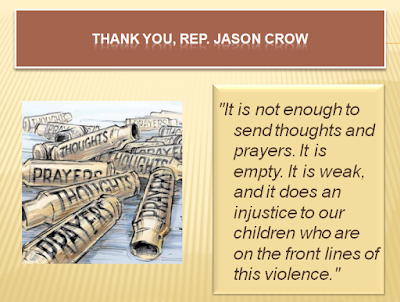 
Semantic satiation is the phenomenon in which a word or phrase is repeated so often it loses its meaning. But it also becomes something ridiculous, a jumble of letters that feels alien on the tongue and reads like gibberish on paper. "Thoughts and prayers" has reached that full semantic satiation.