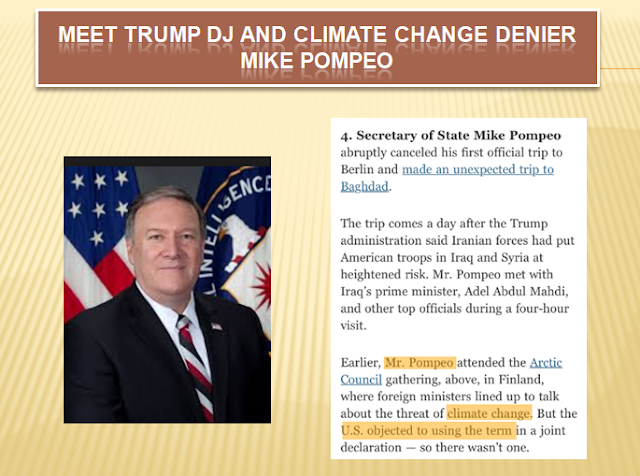 
The Arctic is melting, but don't ask U.S. Secretary of State Mike Pompeo to talk about climate change. Nor even to agree on a text that mentions it.

For the Trump administration, disappearing sea ice in the world's "high north" appears to be first and foremost an economic opportunity to exploit rather than a crisis to mitigate.

"Steady reductions in sea ice are opening new naval passageways and new opportunities for trade, potentially slashing the time it takes for ships to travel between Asia and the West by 20 days," he said in a speech Monday, which was met with polite but muted applause. 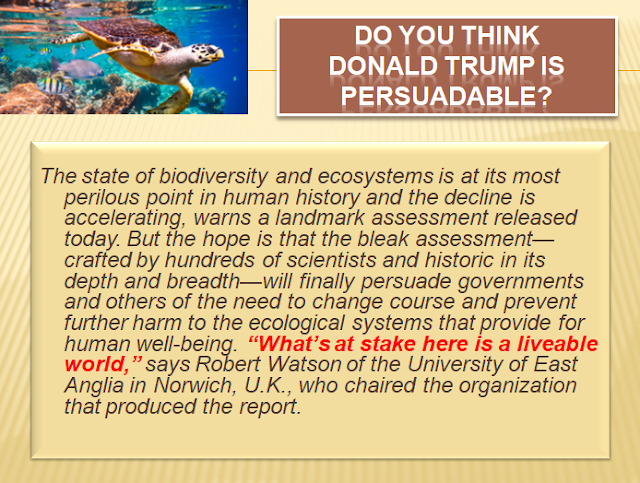 More information found at Science and Policy for People and Nature.


For Democrats, climate change is a pressing reality. For Republican leadership - not so much. But many young Republicans now see this issue differently from their parents' generation. 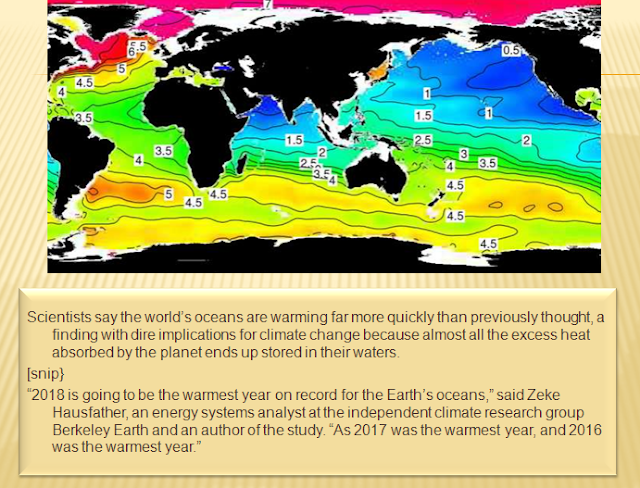