Echoes of 1964 in this year's GOP Presidential contest

I voted for Dwight Eisenhower for the first time I ever voted: I voted for Nixon the last time.

But when it comes to Senator Goldwater, now it seems we're up against a very different kind of a man.  This man scares me.

Now maybe I'm wrong.  A friend of mine just said to me, "Listen,  just because a man sounds a little irresponsible during a campaign doesn't mean he's going to act irresponsibly."

You know that theory, the White House makes the man.  I don't buy that.

Sometimes, I wish I'd been at that convention in San Francisco.  I mean I wish I'd been a delegate, I really do.  Because I would have fought, you know?  And I wouldn't have worried so much about party unity because if you unite behind a man you don't believe in, it's a lie.

I mean, when the head of the Ku Klux Klan, when all these weird groups come out in favor of the candidate of my party, either they're not Republicans or I'm not.

I've thought about just not voting in this election, just staying home, but you can't do that, because that's saying you don't care who wins, and I do care.

I think my party made a bad mistake in San Francisco, and I'm going to have to vote against that mistake on the third of November. 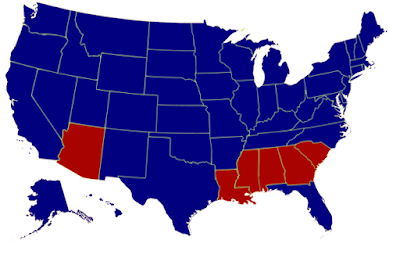