The present state of Westgate


Based on the number of cars in the parking lot, you'd think this 56-year-old shopping center, a recipient of numerous face lifts, is still thriving. 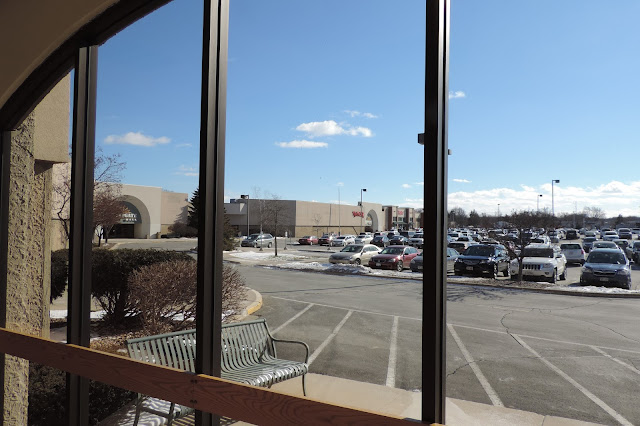 That's certainly not the case, however, as the rest of these photos clearly show.

But first, a little background.

Westgate Shopping Center, originally an 'open-air' as opposed to enclosed facility, opened in 1960 on what was then the far-west side of Madison. 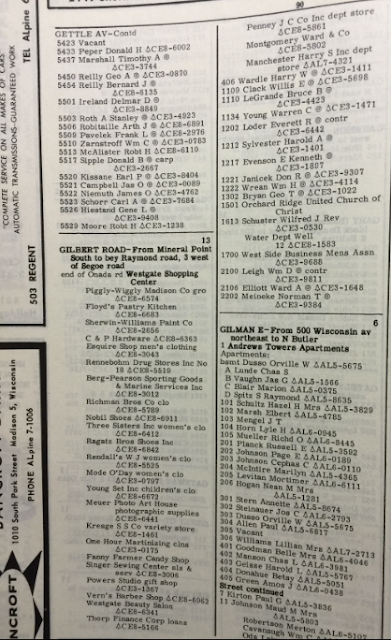 Ten years later, Westgate remained healthy, having retained its major tenants in spite of the 1962 opening of the nearby Hilldale Shopping Center. 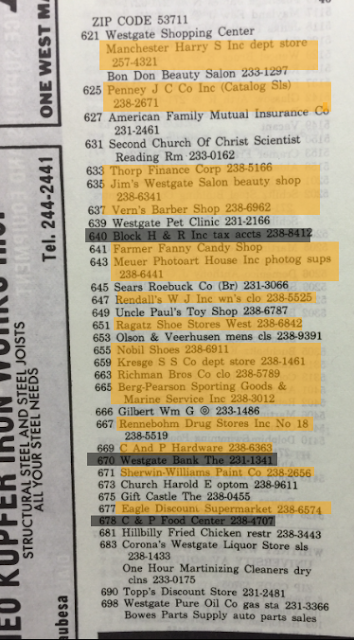 Much of the impetus for this retail growth can be attributed to Madison's booming population growth during the 1960s, when it added more than 45,000 residents.  (Some of it due to annexation, no doubt.) 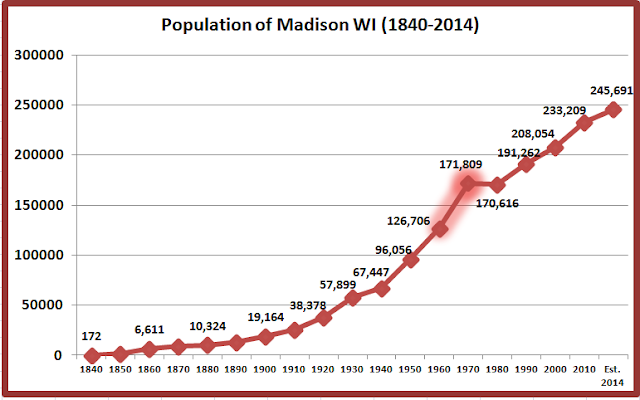 But trouble lay on the immediate horizon -- less than 2 miles to the west, to be more specific.  West Towne Mall, the Madison-area's first enclosed shopping center, opened for business on October 15, 1970.

West Towne's first entry in a Madison city directory (1971) indicates that the Manchester Department Store was among the first tenants to abandon Westgate.

And indeed, by 1975, the word "vacant" is found among Westgate's listings, representing empty storefronts. 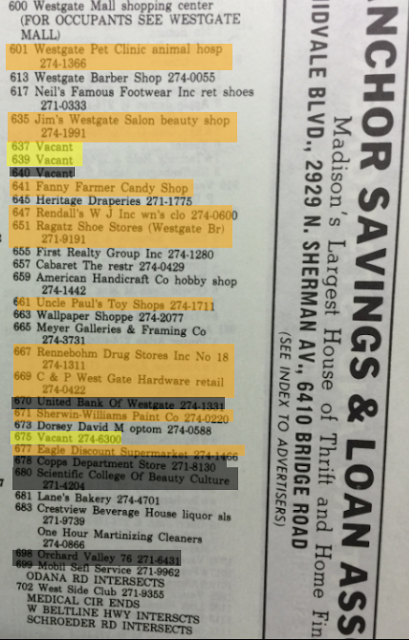 Major tenants who have left the shopping center since 1970 include J. C. Penney, Sears, Kresge's, and Richman Brothers.  (Note that the names has been changed to Westgate Mall shopping center.)

The 1980 Madison City Directory's listings for Westgate seem to indicate a shopping center on the mend, but in reality it was continuing to follow a long path of slow decline.

In 2012, the southernmost portion of the original shopping center was razed to make way for a standalone Hy-Vee, bringing a grocery store to this location for the first time in more than 30 years.

Just to the left of where I stood to take the 1st photo in this post sits this forlorn wagon, which serves as an apt metaphor for the present state of Westgate. 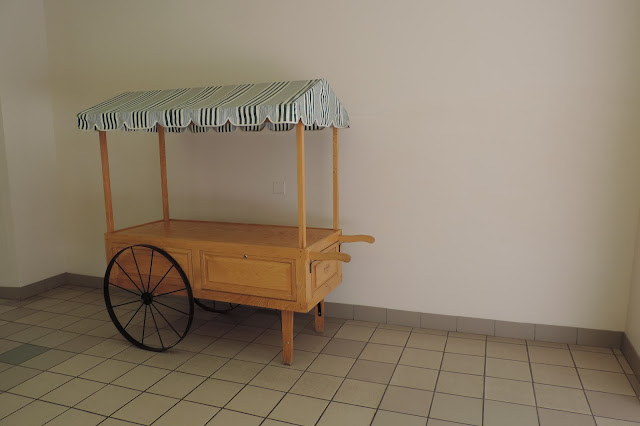 Not to mention the sun-dappled but empty corridor. 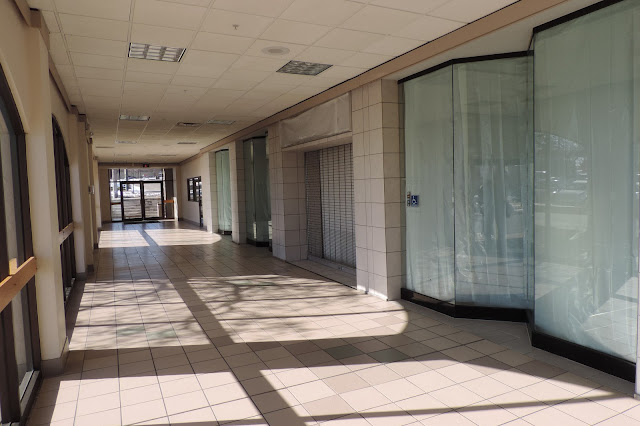 And a lone mallwalker.  (The most frequently encountered traffic during my 30-minute visit.) 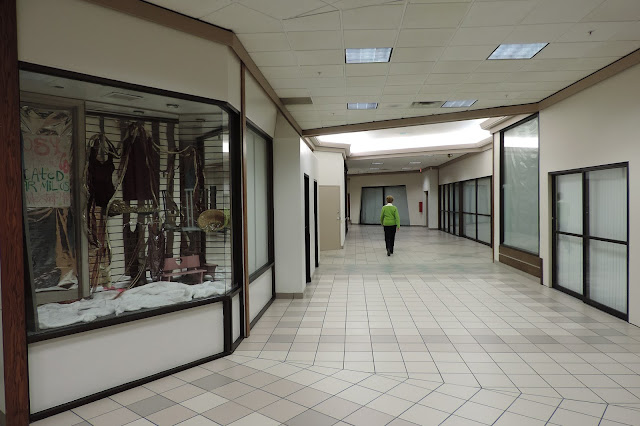 Speaking of lonely.  What does this person do all day? 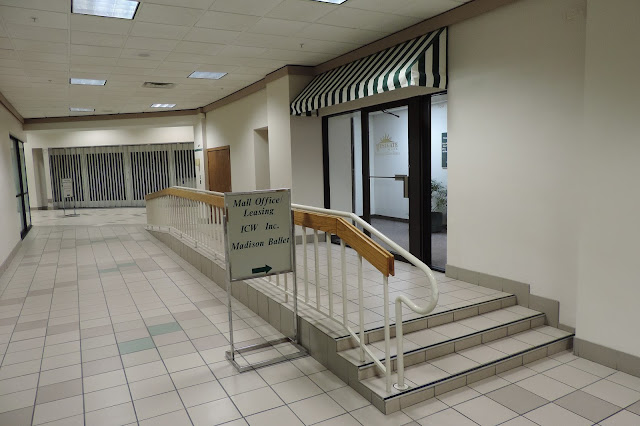 Beginning in the late 1970s, the shopping center was home to the Westgate Cinema for nearly 30 years.


Milwaukee-based Marcus Theatres leased the space and operated Westgate during those three decades, but the four-screen theater struggled to get the most popular art and independent films after the much-heralded opening of the Sundance Cinemas in the Hilldale Mall in May 2007. 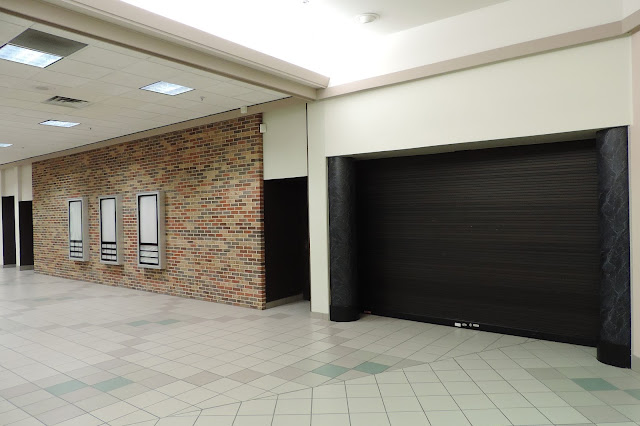 CJ's Restaurant, the top dining choice for seniors according to a late 1980s Diner's Scorecard in the Wisconsin State Journal, operated inside the arched openings from the mid-1980s until early 1996. 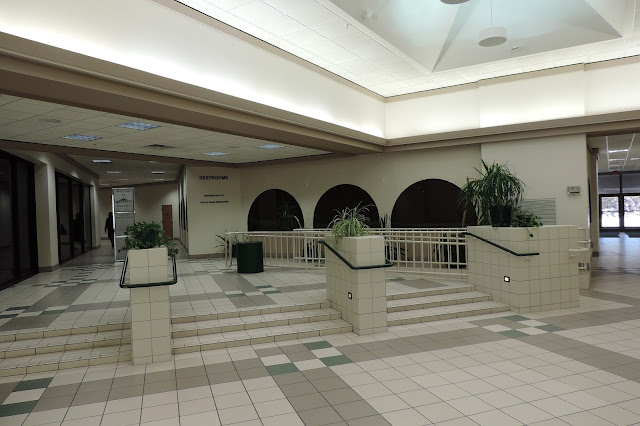 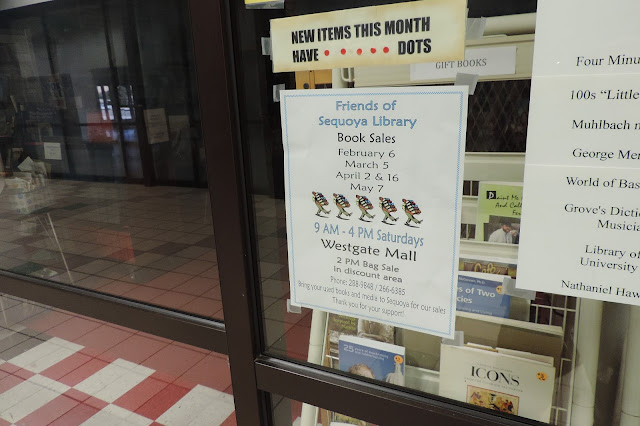 But not on the day I was there. 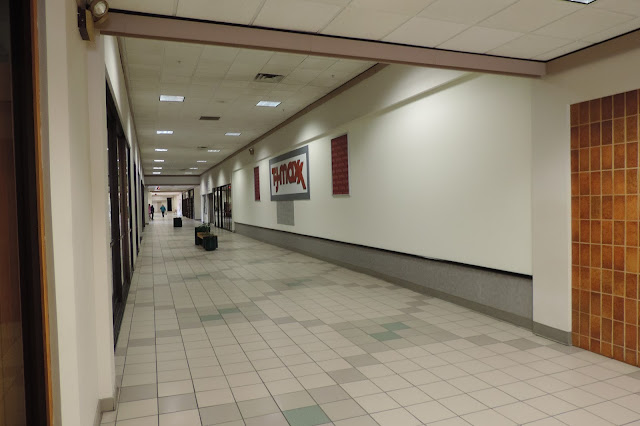