Nearly 20 years of denials.But since 1995, the state Department of Natural Resources has blocked construction on Tebon’s lot, saying development could, among other things, endanger water quality in nearby Sturgeon Bay.

A bill before the state Legislature would reverse that and give Tebon permission to fill in the wetland and build the house, which he plans to sell. The parcel already has a curb and gutter and comes with a boat slip at the nearby marina.

Here's how I see it.  The Wisconsin State Assembly is a 99-member body.  Apparently, Rep. Bies (R-Sister Bay), who is retiring at the end of this term, could not convince any of his Assembly colleagues to sign on as co-sponsors of AB602.  I'd be surprised if this bill went anywhere. 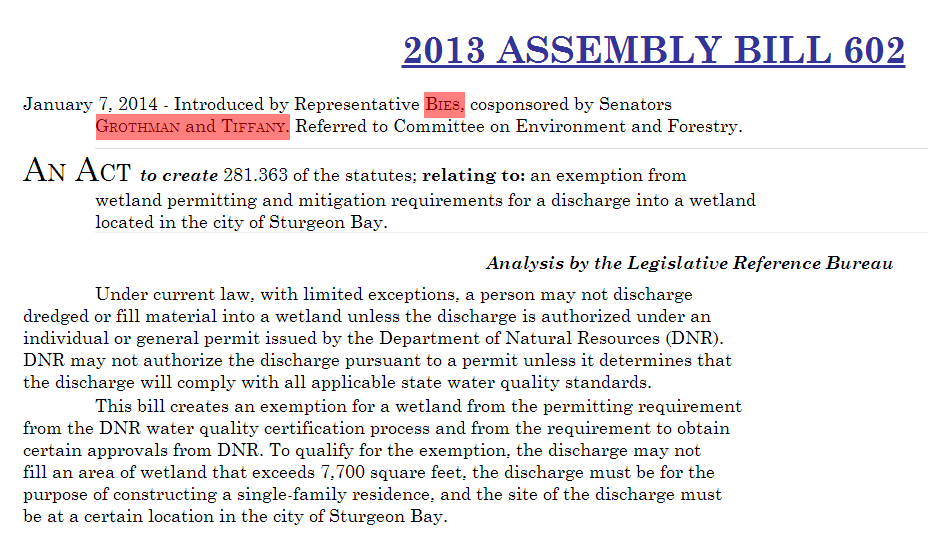 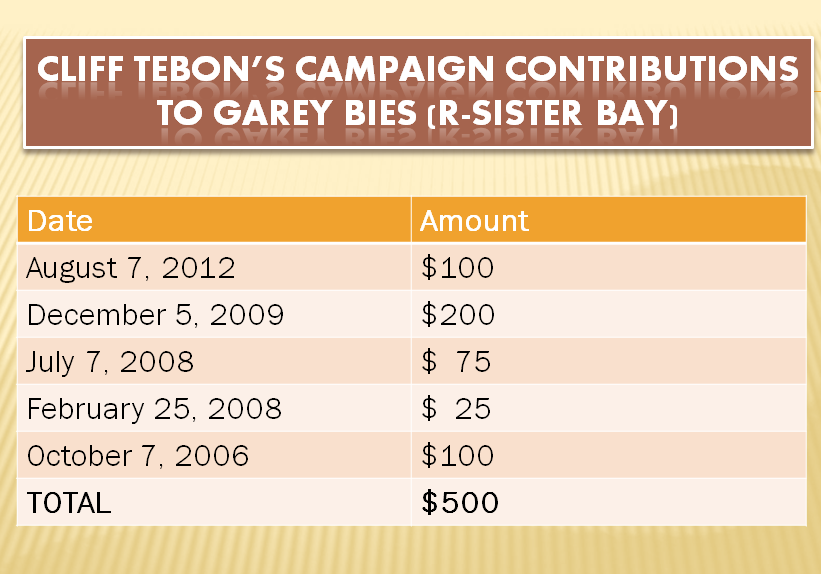