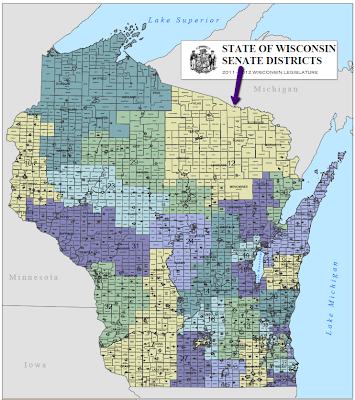 Excerpt:  The Democrat's win comes just nine months after 57 percent of citizens in District 12 voted for the Republican governor in the November election, giving him a 10,000-vote margin over challenger Tom Barrett.  [Emphasis added.]

I suppose there are any number of ways you can spin this outcome, but, on the positive side, Sen. Holperin's relationahip building with his constituents has to be considered a big factor in his solid win.  Even more impressive considering the district's size.