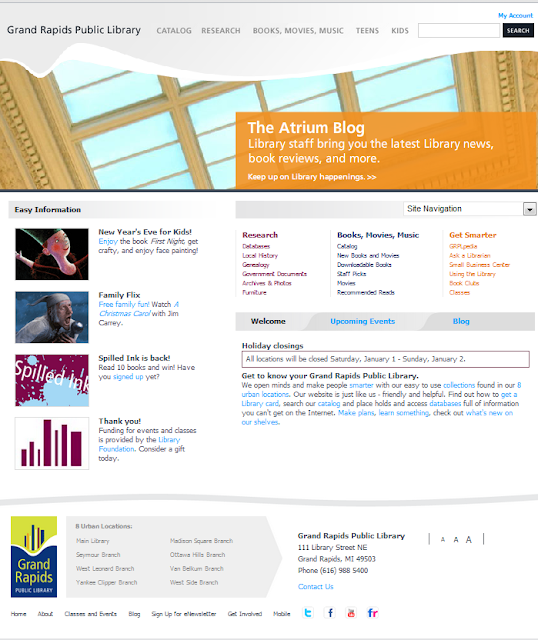 Excerpt:   The percentage of American households with an Internet connection has skyrocketed over the past 13 years, rising from 18 percent in 1997 to 69 percent last year, according to U.S. Census figures released this year.

“There is both a digital divide and a culture gap for kids who don’t have access to the same online resources,” said Marcia Warner, director of the Grand Rapids Public Library. “You are not around an urban library long before you realize that’s (computers) where the traffic is. They are doing it on library time instead of home time.”

GRPL has 192 public computers available in its eight locations and 274,316 people used them last year.

Glenda Middleton, manager for the Kent District Library’s Sand Lake/Nelson Township branch, said rural libraries like hers also see a lot of traffic near the public-use computers. Lack of high-speed Internet seems to be especially a problem in rural areas, she said.
Posted by Retiring Guy at 8:17 AM