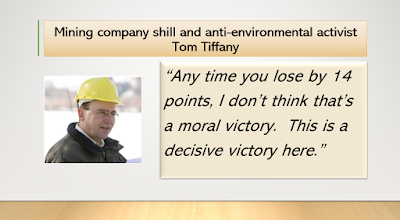 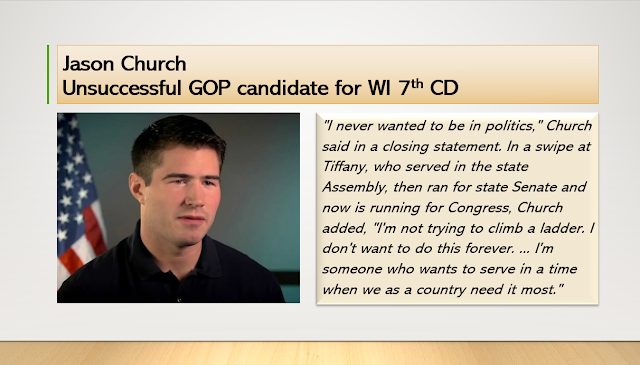 10/21/2019 update, "Who will run in Wisconsin 7th congressional district now that Sean Duffy has announced his resignation?", starts here.

Here's the slate to date 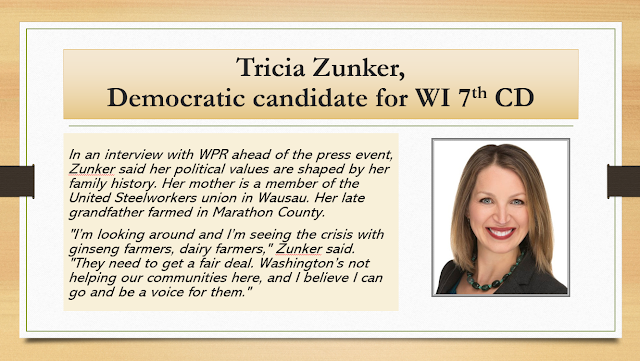 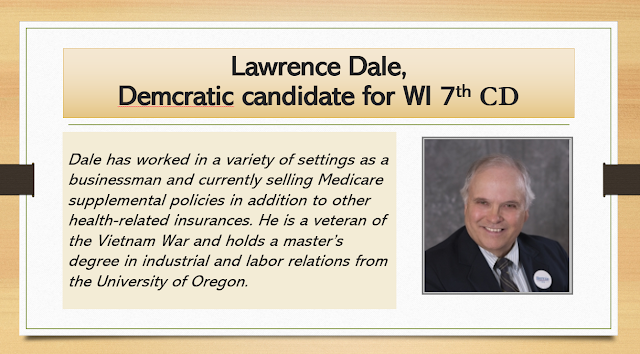 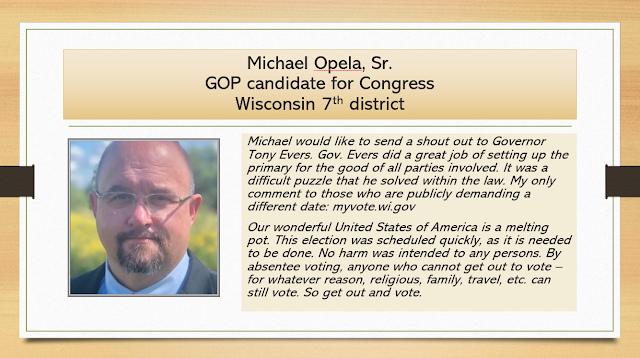 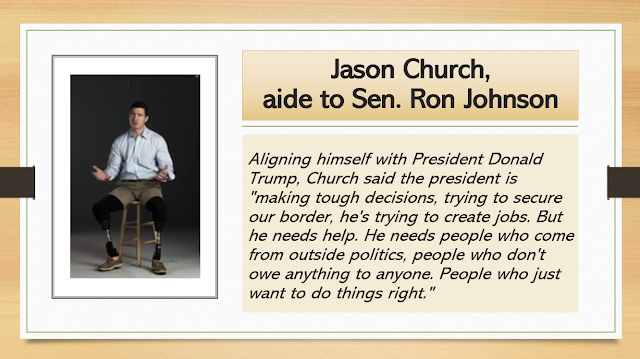 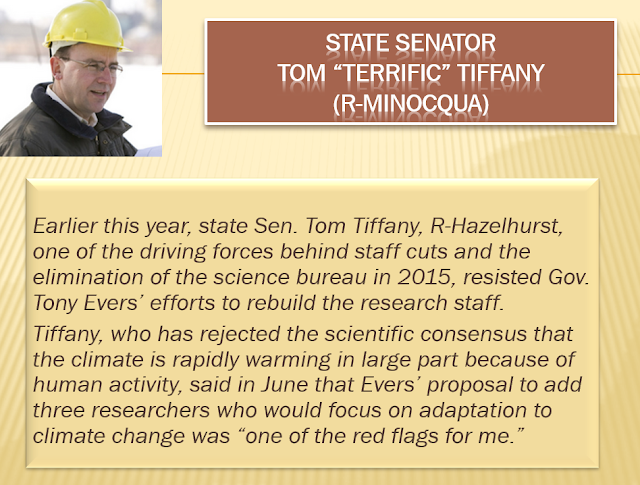 
In his time in the Legislature, Tiffany was a strong advocate in the state's push to bring the Gogebic Taconite mining company to northern Wisconsin. He led a successful effort to change Wisconsin’s environmental laws in order to ease the path for the company to create a iron mine in northern Wisconsin. The project became a lightning rod for environmentalists and the subject of multiple legal challenges. The company ultimately pulled out of Wisconsin in 2015 without completing the mine.

In a statement, the Democratic Party of Wisconsin referred to Tiffany as "Toxic Tom Tiffany," a reference to the project, and said he has a "record of putting corporate special interests before the health and well-being of his constituents." 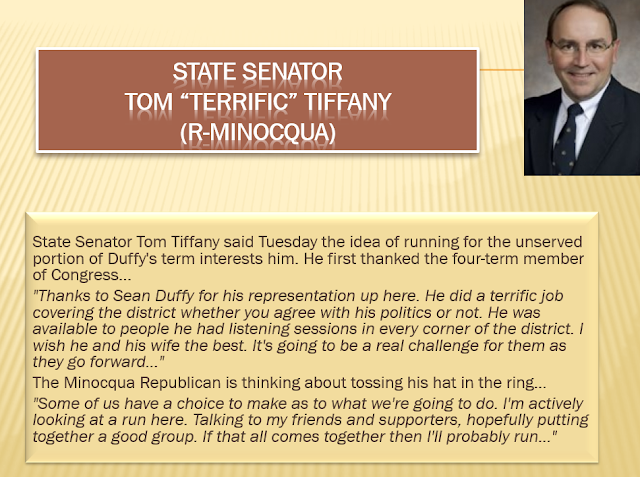 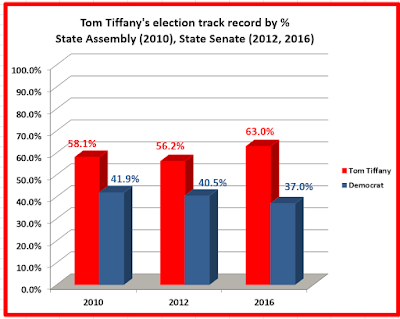 
In a recent column in the Wisconsin State Farmer by Senator Tom Tiffany and Representative Adam Jarchow, the Republican legislators tried to turn their anti-environmental records into badges of honor.

“We have the audacity to take on the environmental left,” they said.

What they really mean is they’ve never met a polluter they didn’t like. They back every frac-sand mining operation and every factory farm in the state. Sen. Tiffany himself played a nasty role in the elimination of the science bureau at the DNR, and he was the l ead author of a budget amendment that limited local communities’ ability to protect water quality in shoreland areas, an amendment that Jarchow also supported. Now they vow to make it even easier for polluters in Wisconsin, which is the last thing we need.

State Senator Janet Bewley, 67, says it's not something to which she aspires. 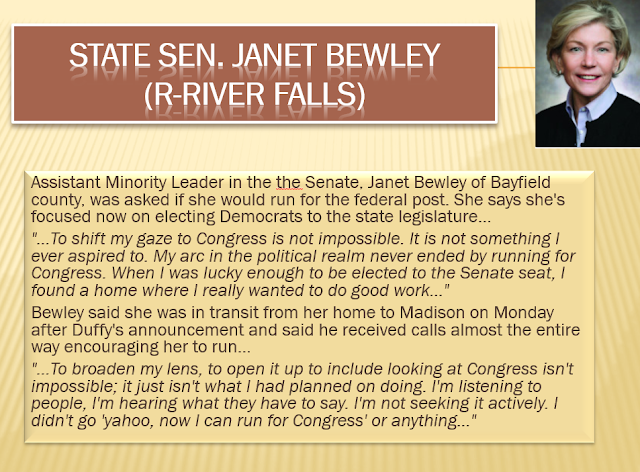 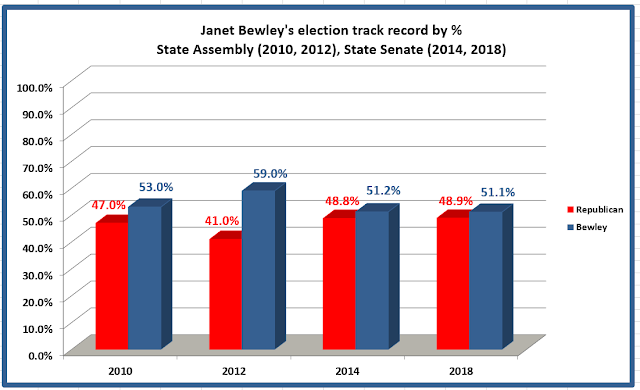 State Senator Jerry Petrowski, 69, is giving it some serious thought. 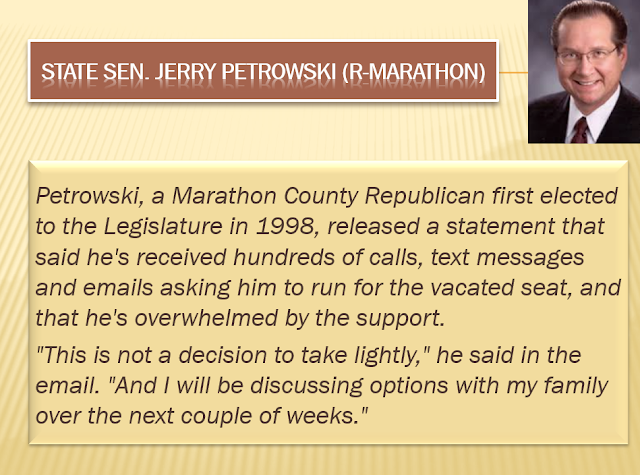 Jerry won his first election to the Assembly by a narrow margin, but since then he has always defeated his challenger by double-digit margins.

We also have a joke candidate.


According to a statement, Zimmeran will base his party affiliation on who the eventual Democratic Presidential nominee is and whether the "nomination process has been conducted fairly."

Recently, Zimmerman received 5.5% of votes [243 votes] in the 2019 Democratic primary for Wisconsin Assembly District 64 which covers parts of Kenosha Co. and Racine Co.

Election results since the end of the Dave Obey era.

Democrat Dave Obey had a lock on the 7th CD for four decades.  The Tea Party wave flipped this seat big-time.


So far, no candidates have come forward expressing their intention to run in a deeply red district that would present a formidable challenge for any Democrat. UW-Madison political science professor Barry Burden said “it’s not impossible” for a Democrat to win, but that structural factors, particularly the way the district was drawn in 2011, favor Republicans. 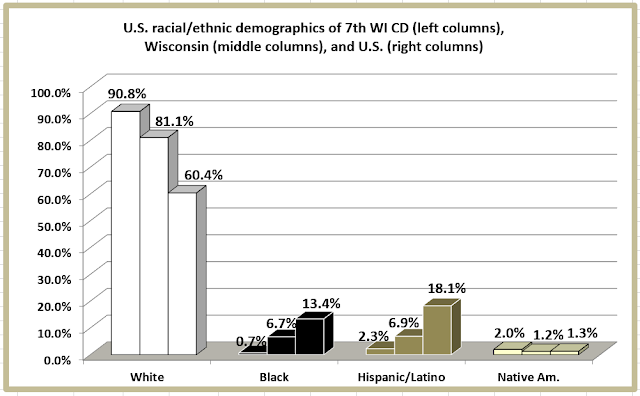 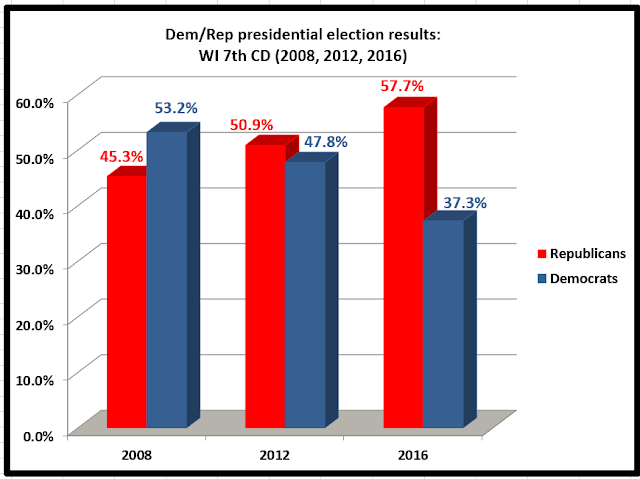 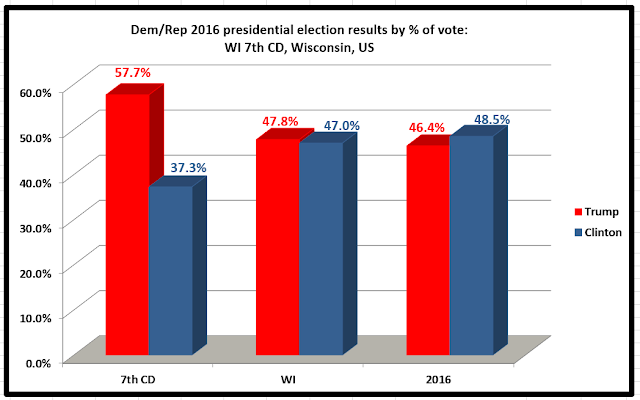