During the first 8 weeks of his presidency, Trump made 11 trips to a Trump-owned golf course


Just to take in the scenery?  Just to promote his brand?  Or just to be a thorough hypocrite? 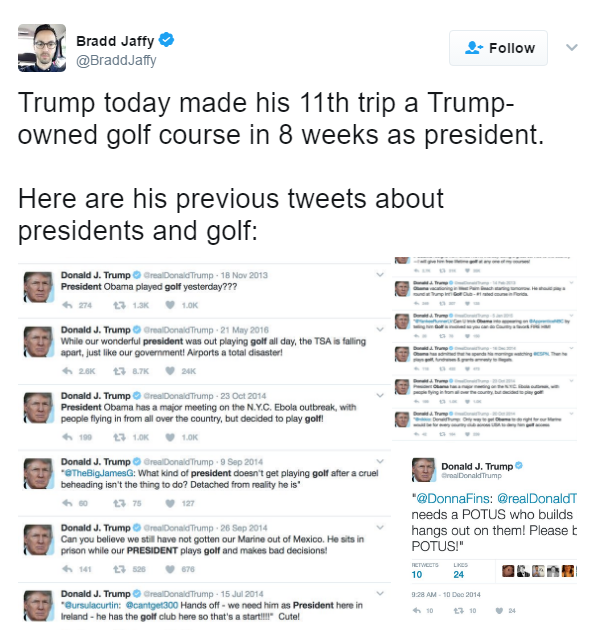 How many times has President Donald Trump played golf while in office?  (Golf News Net, 3/19/2017)


Why else would his team to to such lengths to keep the press at bay? However, we don't know if Trump has played golf all 11 times. That's because the Trump Administration has gone out of its way to bar the White House press pool from shadowing President Trump when he goes to his golf clubs. That means Trump could be playing golf, or he could be hitting golf balls on the range, or he could be twiddling his thumbs. We don't know, and the Trump Administration won't say. 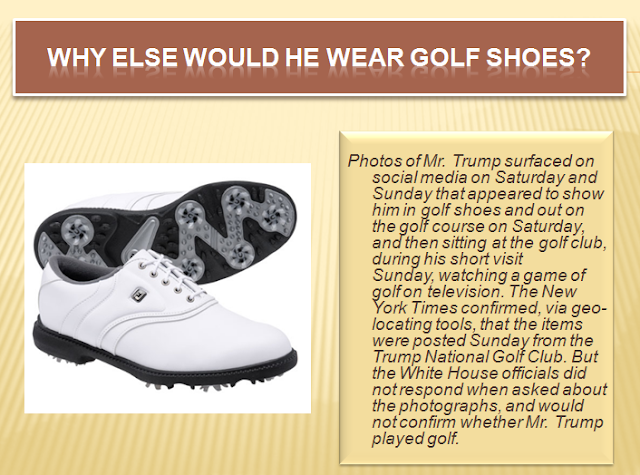 Reported at Trump Puts a Presidential-Size Spotlight on His Brand.  (The New York Times, 3/26/2017)