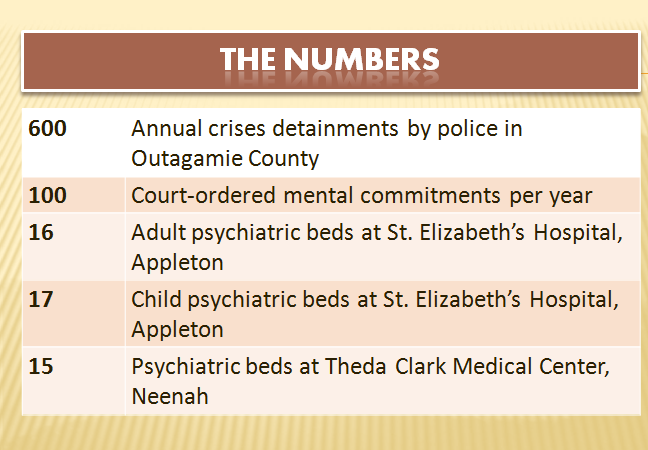 Providing an alternative to jail.

The crisis intervention model by local police is working so well, social workers said, that instead of filling jail cells, hospital rooms are overflowing with people in crisis.


Today, law enforcement’s most efficient tool at achieving this mission is through the use of the “Memphis Model” of the Crisis Intervention Team (CIT) approach. The Appleton Police Department began implementation of CIT in June 2004. The CIT approach is a community effort enjoining both the police and the community together for common goals of safety, understanding and service to the mentally ill and their families. CIT is recognized by Wisconsin’s Department of Health Services, the International Association Chiefs of Police, the National Sheriffs Association, Bureau of Justice Assistance, and other organizations as a “Best Practice” for crisis intervention.