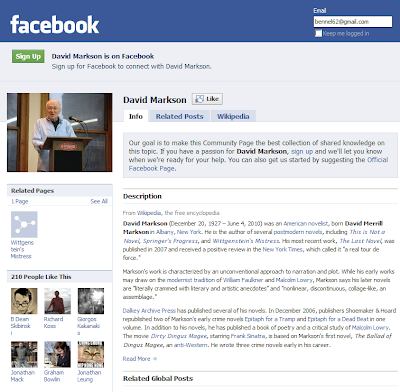 Excerpt: The news of Liddell’s discovery quickly spread through Facebook and Twitter’s literary districts, and [David] Markson’s fans realized that his personal library, about 2,500 books in all, had been sold off and was now anonymously scattered throughout The Strand, the vast Manhattan bookstore where Liddell had bought her book. And that’s when something remarkable happened: Markson’s fans began trying to reassemble his books. They used the Internet to coordinate trips to The Strand, to compile a list of their purchases, to swap scanned images of his notes, and to share tips. (The easiest way to spot a Markson book, they found, was to look for the high-quality hardcovers.) Markson’s fans told stories about watching strangers buy his books without understanding their origin, even after Strand clerks pointed out Markson’s signature. They also started asking questions, each one a variation on this: How could the books of one of this generation’s most interesting novelists end up on a bookstore’s dollar clearance carts?

The Strand, 18 miles of books. 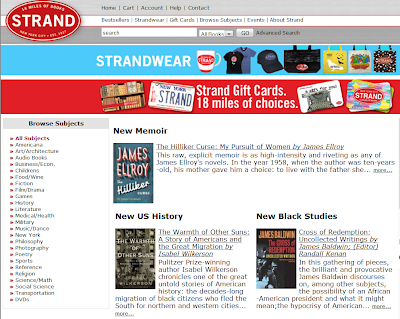