Juxtapose These 2: "Hooked on Gadgets", "Unlimited Data Plans are Challenged" 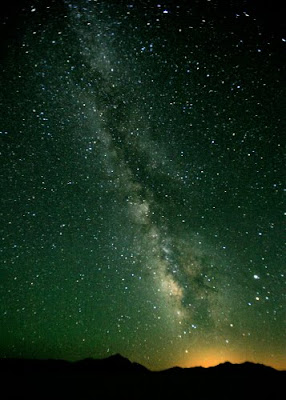 Excerpt:   Scientists say juggling e-mail, phone calls and other incoming information can change how people think and behave. They say our ability to focus is being undermined by bursts of information.

These play to a primitive impulse to respond to immediate opportunities and threats. The stimulation provokes excitement — a dopamine squirt — that researchers say can be addictive. In its absence, people feel bored.

The resulting distractions can have deadly consequences, as when cellphone-wielding drivers and train engineers cause wrecks. And for millions of people like Mr. Campbell, these urges can inflict nicks and cuts on creativity and deep thought, interrupting work and family life.

Excerpt:  “What created this lively app world we are in was the iPhone on one hand, and unlimited data plans on the other,” said Noam Bardin, chief executive of Waze, which offers turn-by-turn driving directions. “If people start thinking about how big a file is, or how fast an application is refreshing, that will be a huge inhibitor.”

New features on phones encourage more data use and vice versa. The next version of the iPhone, set to debut on Monday at Apple’s Worldwide Developers Conference in San Francisco, will include a second, front-facing video camera, according to leaked reports. That could conceivably allow developers like Skype to offer face-to-face video calls from phones — a service that is much more data-intensive.