GET ME REWRITE: Watch what Marinette County voters do, not what they say 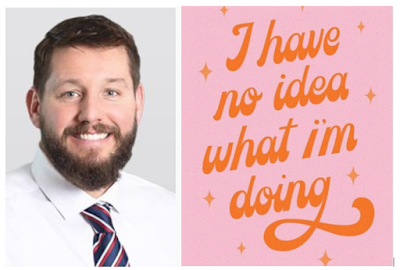 The July 1 memo requested by Democratic Rep. Katrina Shankland, of Stevens Point, said the bill may also prevent the Wisconsin Department of Natural Resources from taking enforcement action against polluters under the environmental remediation law.

"While the bill does not explicitly reference DNR enforcement actions, it precludes any action (emphasis included) against 'any person alleged to be responsible for the PFAS contamination that is the basis for a grant, with respect to any property that receives a financial payment or direct capital improvement from the expenditure of a grant (emphasis included),'" the memo reads.

According to the memo, the proposal’s language could be interpreted to prevent the DNR from pursuing enforcement action if a community receives grant money to clean up contamination of a site.

Shankland questioned whether Behnke understood the scope of the proposal’s impacts on his constituents, who include residents of Marinette and Peshtigo. The communities are part of the state’s most complex investigation into PFAS contamination of private drinking water wells stemming from the use of firefighting foam that contained PFAS at Tyco Fire Products’ fire training facility in Marinette

When I talked with Kristen Edgar last week, the town of Peshtigo resident hadn’t chosen between Donald Trump or Joe Biden. She said she was weighing a lot of issues. Edgar has four kids and says education is a key concern, but so is the environment.

"I live in the small Town of Peshtigo, it’s a little small area and now they’re saying it’s the biggest PFAS contamination zone in the state of Wisconsin. And so, you’ve got people in this town that are drinking poisoned water and having to have bottled water brought in," she says. "We have to have action. And it doesn’t matter if you’re a Republican or a Democrat ... I think everyone that lives in the United States deserves to have clean drinking water." 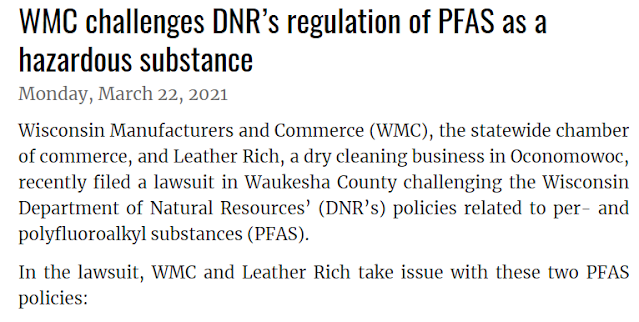 The National Law Review, 3/22/2021
The WMC lobbyists all have GOP connections.
Voting Republican:  It happened again last Tuesday -- in an 89th Assembly District special election to replace a seat vacated by John Nygren.

Ballopedia
Posted by Retiring Guy at 8:07 AM