Hinchliffe, vacant since 1997, is one of the few stadiums from the Negro leagues still standing. An architectural gem and a symbol of perseverance amid racial injustice, it became a casualty of this economically distressed city’s more pressing needs. After multiple failed attempts to fund its revival, a ninth-inning save seemed unlikely. 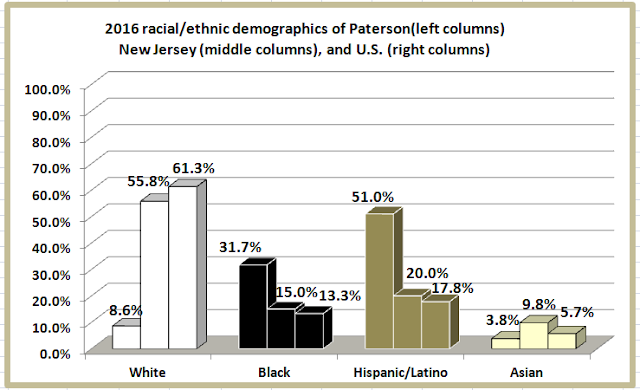 % of population living in poverty:
Posted by Retiring Guy at 5:12 PM