What election results were you following, Karoli? 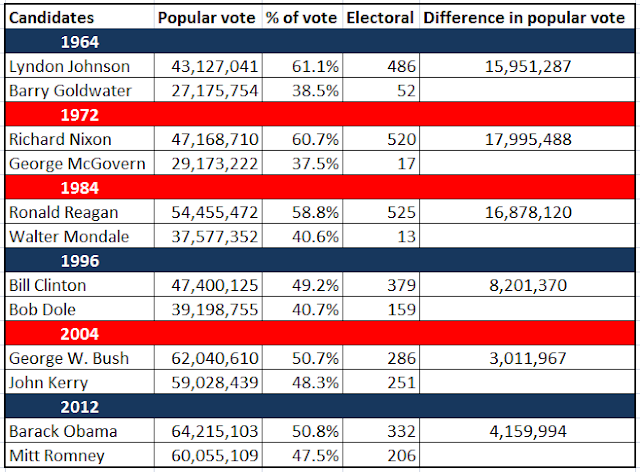 Excerpt:  Yes, Mr. Phillips is one of the malevolent voices of the right who just cannot deal with the fact that the nation re-elected President Obama by the highest popular vote margins since Lyndon Johnson.  [Emphasis added.]

Even someone with a marginal knowledge of U.S. Presidential history should have heard alarm bells go off once this excerpted sentence was written.  It's not even close.
Posted by Retiring Guy at 2:04 PM