Will Fond du Lac Residents Now Be Clamoring for This Book?

If so, this appears to be their only library option. 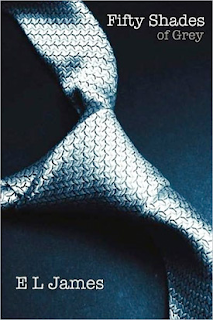 Excerpt:    The best-selling book “Fifty Shades of Grey” will not be found on the shelves at Fond du Lac Public Library.

Library Director Ken Hall said there were no plans to purchase the controversial book, which delves into romance and sadomasochism.

“‘We don’t collect erotica’,” Hall said he was told by the person who orders books for the library — and he supports the decision.

Meanwhile, other libraries are carrying the novel, which reached the top of the fiction charts and is the first in a trilogy by British author E.L. James. The print version had been hard to come by in bookstores, so readers have been forced to read the e-book edition, which was released first.

At Ripon Public Library, Librarian Desiree Bongers said there were 75 holds for the book in the system. “

Based on our selection policy, we do have the book in our library. It is put out by a large, mainstream publisher, there’s been a lot of publicity for it and people are asking for it,” Bongers said.


As for the South Central Library System -- the LINKcat libraries at least -- Dane County is well-represented. 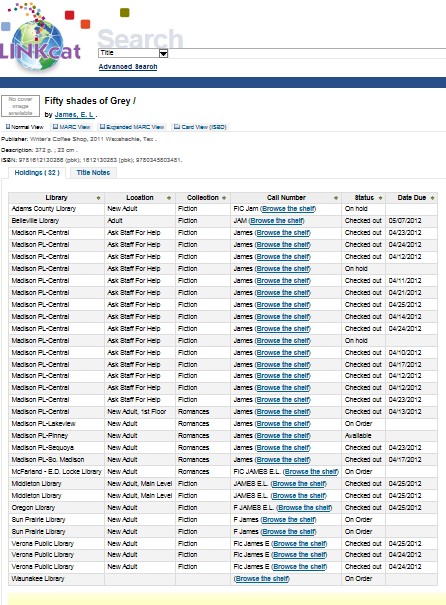 Elsewhere in the state. 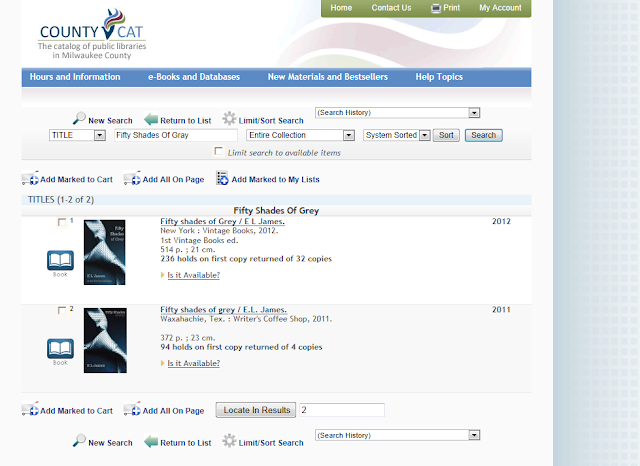 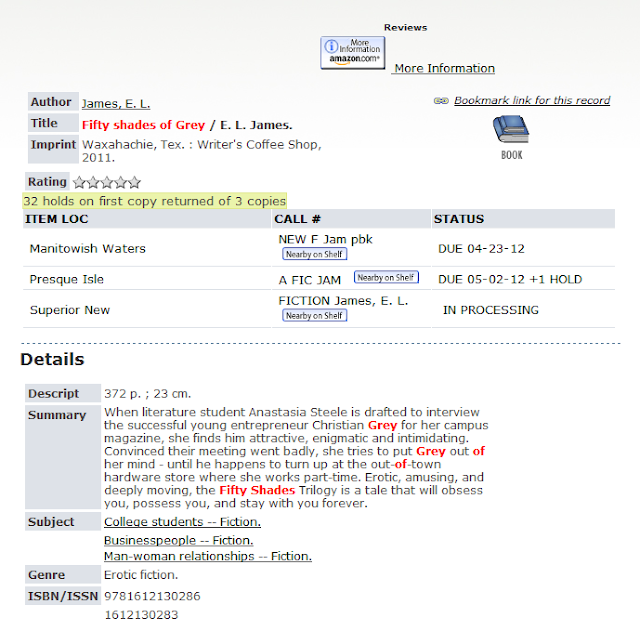 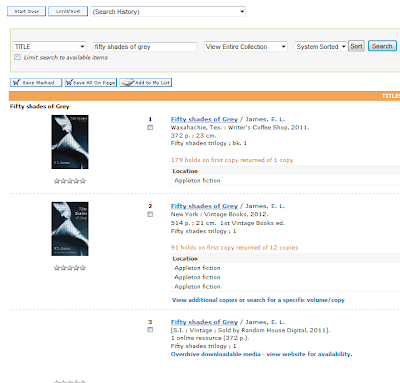 As a library employee, I stand behind Fond du Lac PL's choice to not acquire the book. There is always ILL, right?

As a former director, I also stand behind Fond du Lac PL's right to make this choice. Though I would choose differently, I think each community has the right to make these choices. The FdL PL is answerable to their community, who will let them know if they wish it done differently.

ILL is slightly problematic here -- and this is the reason why some ILL codes say one should not request new and popular materials -- nor indeed, request types of material that one is unwilling to buy and lend. At least FdL has already chosen to leave their shared network, so they will not be disproportionately affecting other Winnefox libraries.

But sometimes you just have to have the courage of your convictions to do unpopular things -- and if the community standards are different, believe that the community will articulate concerns to effect change. This is a public decision, and sexy books often generate heat (of various kinds).

One trusts they have helped their staff know how to make good responses to requests.

I agree with Fond du Lac's decision. Just because something is popular and there are alot of holds on it does not mean it truly is popular. We have many patrons who request a "best seller" or a "talk-show endorsed" title only to return the "had to have it yesterday book" the next day because it was such a horrible book even when they would skip ahead. In these times of budget shortages if a title does not fit your purchase policy you should not be pressured into purchasing it. In a few weeks there may be several copies that will have been donated to your book sale collection.

Our copy arrived in today's Baker and Taylor shipment. I was slack in getting it ordered.

I keep getting promo emails for the CD version.