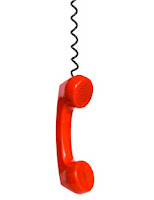 Curiosities: How can phone political polls be accurate if they miss certain voters? (Wisconsin State Journal, 4/8/2012)

Excerpt:   Response rates have plunged. In the 1970s, 75 to 80 percent was fairly easy to achieve. Today, a 20 percent response is considered pretty good.

Despite that fall-off, "there has been no trend at all in the accuracy of pre-election polls, which is the strongest evidence that response rates do not correspond to political attitudes," said Franklin.

Well, let's see what Nate Silver has to say about this "trend".

The Uncanny Accuracy of Polling Averages*, Part IV: Are the Polls Getting Worse? (FiveThirtyEight, 10/4/2010)

1. Response rates to all types of polls are decreasing, as Americans become more aggressive about screening their phone calls.

2. Many young Americans — and an increasing number of older Americans — rely primarily or entirely on their mobile phones, which many pollsters do not call.

3. The proliferation of “robopoll” firms like SurveyUSA and Rasmussen Reports may in and of itself be a problem, or may exacerbate the other problems.

4. An increasing number of voters are most comfortable speaking a language other than English, and are unlikely to complete surveys unless the interviewers are trained in their native tongue.

5. Internet polling has yet to really mature.
Posted by Retiring Guy at 6:53 AM