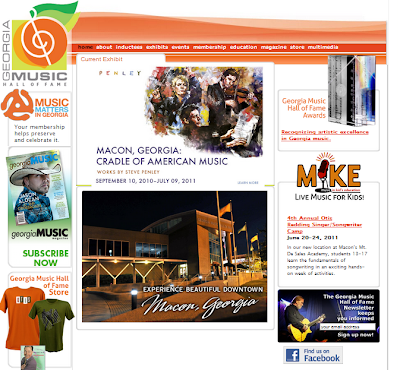 Excerpt: The Georgia Music Hall of Fame in downtown Macon will turn out the lights on June 12.

The music hall's state-appointed authority voted 4-3 Tuesday to shut down the museum, which has interpreted the stories of Georgia greats including Otis Redding, James Brown, the Allman Brothers Band and Little Richard since 1996. The facility has never drawn well in Macon and has appeared on life support in recent years as state funding waned.

The state authority will maintain ownership of the collection, the majority of which will be moved to the University of Georgia's Special Collections Library for storage until a future direction is determined.

One of my all-time favorites.