No Short-Term Relief in Sight for Municipal and County Governments 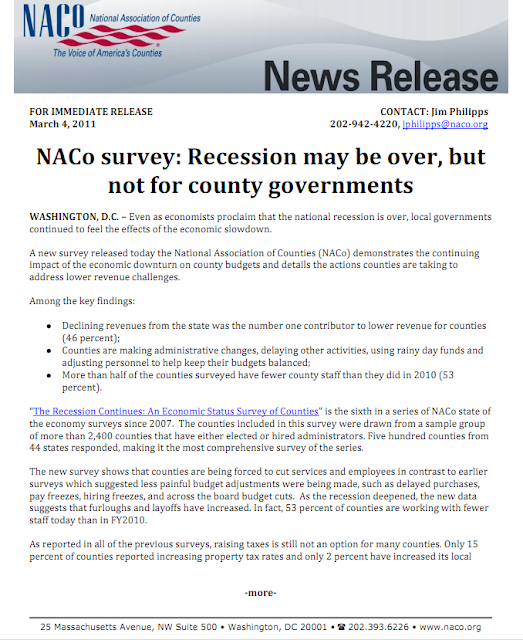 Excerpt:    Unlike their federal and state colleagues, local officials don't have the luxury of passing the buck to someone below them. When the dollars run short, they must raise taxes, cut services or consider filing for bankruptcy protection. State and local governments cannot run deficits.

"I think a number of years ago, prematurely, the metaphor of `perfect storm' was used to describe what was happening to state and community finances," said Geoffrey Beckwith, president of the Massachusetts Municipal Association and a board member of the National League of Cities. "But that was really just a warm-up, sort of a tropical storm, compared to what communities and the states and the federal government are all going through now."

The figures are bleak:

The consequences will be felt across an array of local services. Local governments already have made the relatively easy budget cuts, such as limiting library hours, reducing park maintenance or trimming grants to local arts programs. Now the cuts are more directly affecting the everyday lives of residents.

Maybe not, according to St. Paul mayor Christopher B. Coleman. 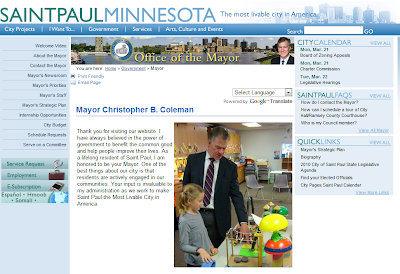 Mr. Coleman said that he had been forced to close a third of the city’s recreation facilities in the five years he has been mayor, and that while his most recent budget had not raised taxes, it had been a struggle.

“Taxpayers don’t want to keep seeing their tax bills go up,” he said. “But as unhappy as they are about that, try to close a library sometime.”  [Emphasis added.]
Posted by Retiring Guy at 10:00 AM