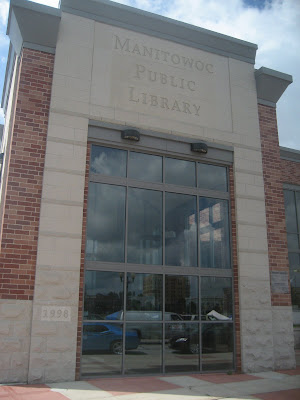 Link to July 28 Herald-Times-Reporter article, "Library board considers cracking down on fines".
Excerpt: As the library board of trustees devises ways to increase revenue, one consideration will be a tougher policy on collecting overdue fines.

It is "kind of sad, but true — increasing our revenue by collecting more dimes from the public," said library Director Cherilyn Stewart during Monday night's board meeting.

Overdue fines account for about $40,000 of the library's roughly $2.3 million budget. Currently, however, the library allows patrons to renew their cards even if they have outstanding fines of up to $10.

According to a report from last year, about 6,000 patrons have outstanding fines up to $10, but library policy does not force them to pay their debt. A patron's library privileges are not withheld until they owe more than $10 in overdue fines.
Posted by Retiring Guy at 9:05 AM