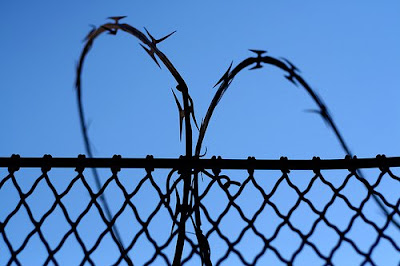 Excerpts:
Lawmakers in some states are slashing prisoner rehabilitation programs, releasing inmates early or packing them more tightly into crowded facilities to save money. Others are using technology, such as satellite tracking, to monitor sex offenders, drunken drivers and other criminals instead of keeping them behind bars. To avoid building new prisons, many states ship inmates to private facilities that often are thousands of miles away.

The statistics are alarming state lawmakers in all regions of the country and, increasingly, on both sides of the political aisle. Criminal justice reform — for years a controversial issue for legislators wary of being labeled “soft on crime” — is finding new proponents as public officials seek ways to save money. But a single strategy to tackle incarceration costs has yet to emerge, and some critics say state policymakers are dragging their feet and avoiding comprehensive changes that have become necessary.
Posted by Retiring Guy at 11:10 AM