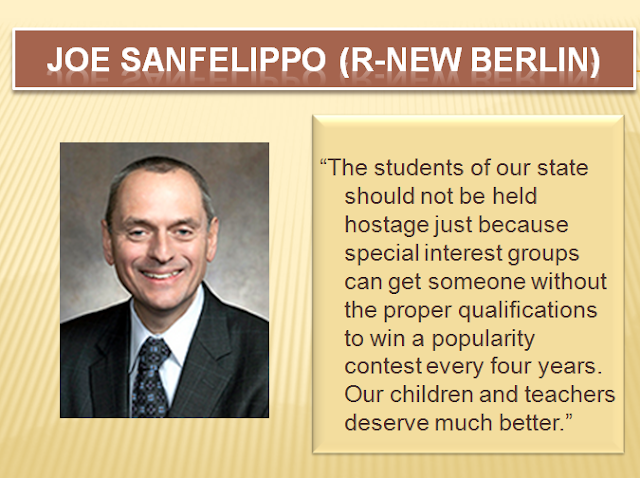 As quoted in Wisconsin lawmaker calls for appointment of DPI superintendent.  (Wisconsin Watchdog, 9/14/2015)

Hey, Joe!  What say you about the 17th Amendment?   Are you for or against the direct election of U.S. Senators?


Hard-right figures across the country, from Sen. Ted Cruz (R-Texas) to Georgia Senate candidate Rep. Paul Broun to a steady drumbeat of state officials, have now called for repealing the amendment and giving the power to select senators back to the state legislatures.


"There's no doubt that was a major step toward the explosion of federal power and the undermining of the authority of the states," Texas GOP Sen. Ted Cruz said at a summit of the American Legislative Exchange Council, a conservative group of state legislators and businesses, back in December.