From "The State of Small and Rural Libraries in the United States", Institute of Museum and Library Services, September 2013. 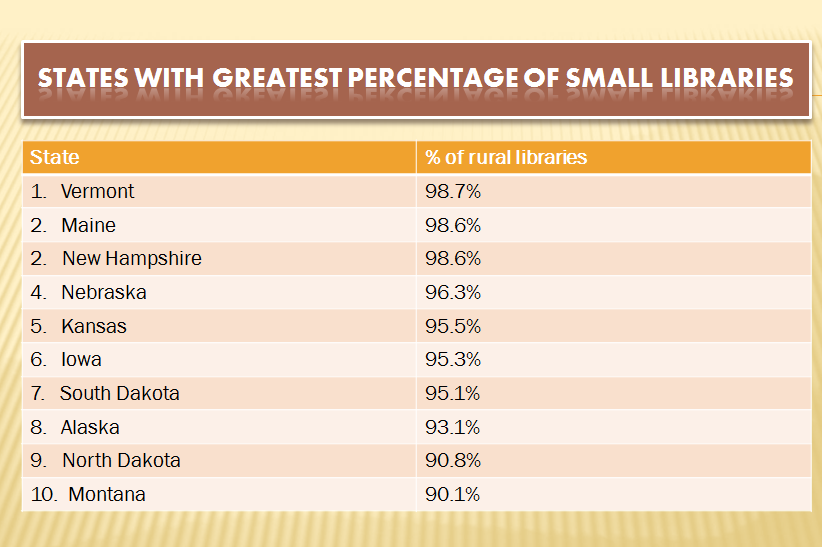 Rural library defined:  This analysis makes use of the urban-centric locale system of the Public Libraries Survey (PLS), which separates rural libraries into three categories. 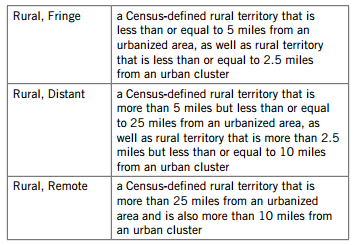 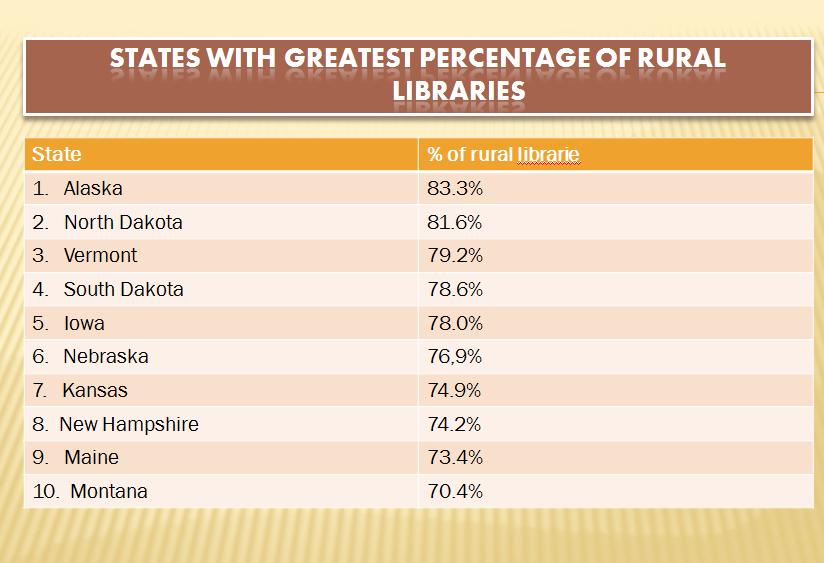