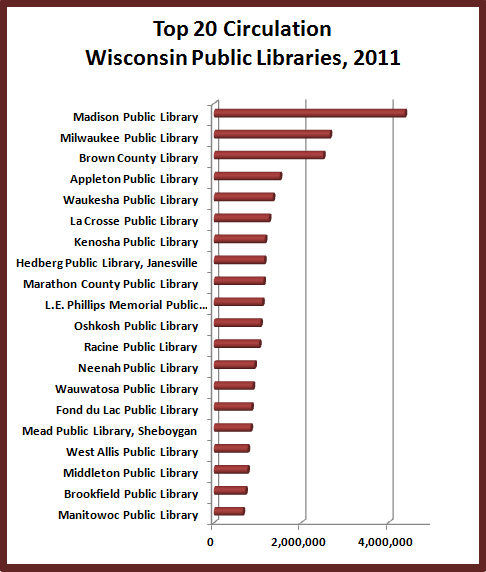 Excerpt:    Residents checked out 962,756 books, magazines, DVDs, CDsand other materials from the Neenah Public Library during 2012.

Neenah library director Stephen Proces thinks Neenah will surpass the one million mark in 2013, but he won’t be at the helm to witness it. He will retire April 1.

“I was sort of thinking I should work until we reach a million,” said Proces, who recently was named librarian of the year by the Wisconsin Library Association. 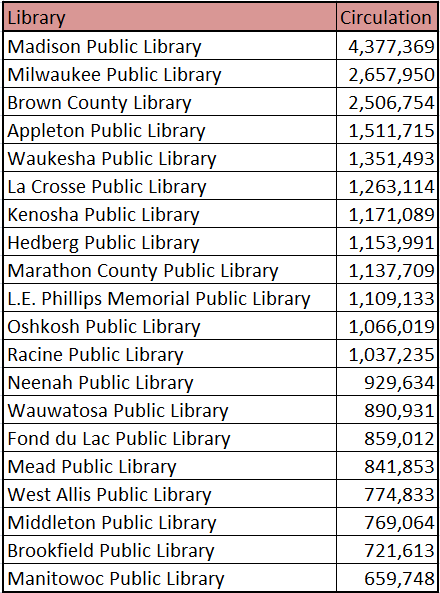 Not included in Neenah's total are the 17,500 ebook downloads.  As Steve points out,“The state won’t allow us to put those numbers into the circulation statistics because the federal rules on reporting library statistics say that you can only count a physical item that passed across the desk.”

For further reading:  The Wisconsin E-book Summit—Final Findings and Recommendations—(August 2011)

Sidebar:  Interesting to note that if ebook downloads are included, this format comprises 1.8% of Neenah's circulation in 2012.  Obviously, there are still many physical materials being checked out public libraries..

Here's the top 20 rearranged according to this measure. 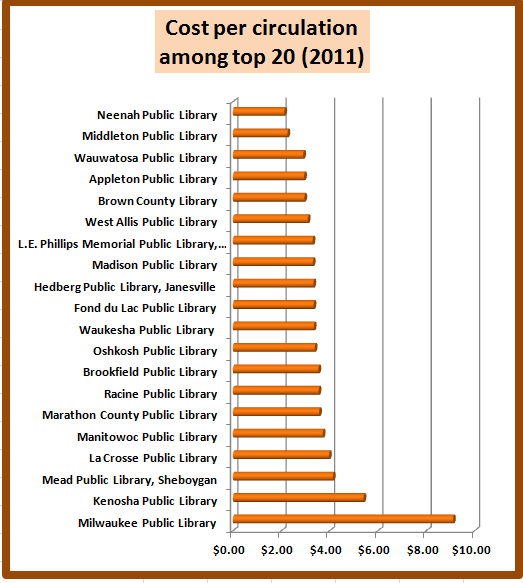 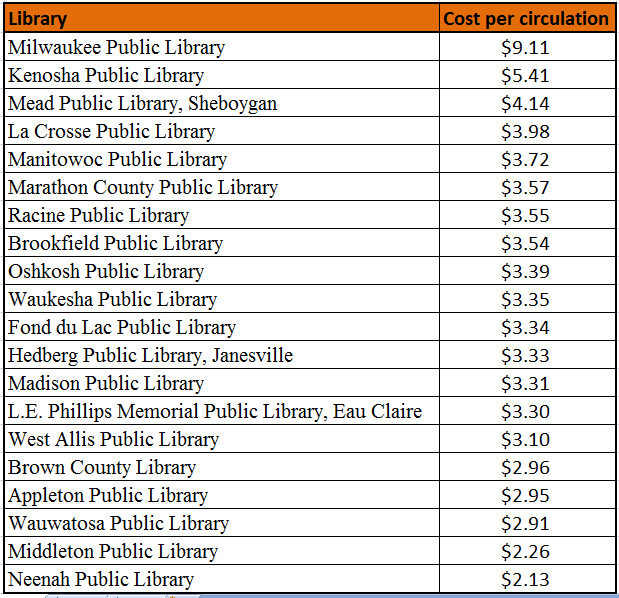 MPL, for example, was designated as the official archives of the Chicago, Milwaukee, St. Paul & Pacific Railroad in 1981.
Posted by Retiring Guy at 1:17 PM