Doug Moe on Harry Crews (A Large and Startling Figure) 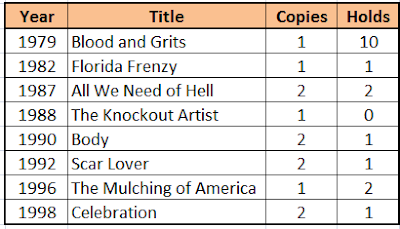 Books by Harry Crews in LINKcat.  I suspect the holds might be a result of Moe's column.

Excerpt:    He was an honest writer. Crews called this “getting naked.” I think other writers were drawn to him because he spoke with such reverence for good writing, and talked often of how trying to write well was the single most important thing in his life. This was not a recipe for successful personal relationships, and Crews’ life away from the typewriter — and, notably, the classroom, where he was a revered writing teacher at the University of Florida — was chaotic.

Blood and Grits contains the essay, "Going Down in Valdeez", first published in the February 1975 issue of Playboy.  It was Doug Moe's introduction to the writing of Harry Crews.  (See!  Some people do read Playboy for the articles.) 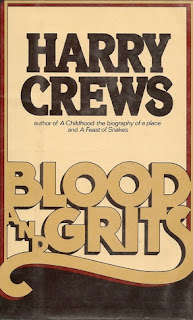