Doug Robarchek on "Falling in love at the library" 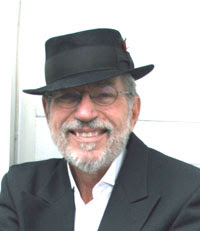 Among Doug Robarchek's many awards, he was named Best Columnist by the National Society of Newspaper Columnists three times.

Excerpt: I don’t know where my mother was that summer day – looking for a job or already working, I can’t remember. I was exploring. I walked down the block and around the corner from Jay’s house, and there I saw what seemed to me to be a big, important building. It was just a red brick small-town public library, but I was impressed.

The words “PUBLIC LIBRARY” were carved in stone right over the door, and I guess I knew that a library was a place where they kept books, but I really didn’t know how it worked. I don’t even know what gave me the idea – or the courage – to go in. Anyway, I slipped in the door and there were, I thought, what must have been most of the books in the world.

I had never had a book of my own and I had certainly never seen so many of them.

My parents were intelligent people, but we never had money and we moved a lot, and they just never had accumulated a lot of baggage like books. So there were none in our house. None without pictures in them, anyway. I practically learned to read on comic books.

But I stepped into the library in York and my life was never the same again. That was my first step on the road to a life of words. I would go on to make my living with words, at newspapers all over America, for 44 years until I retired from the Observer in 2005. I also went on to compulsively collect books, and today I have thousands of them.
Posted by Retiring Guy at 7:18 AM