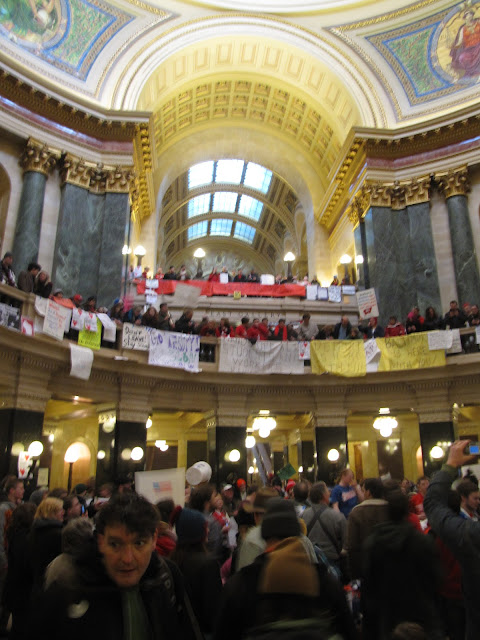 Both parties are taken to task, but it does seem that this final paragraph -- the second sentence, in particular --  is directed at the Republicans. They are the party sets the 'timeframe', after all.

It shouldn't be too much to ask political leaders from both parties to learn from the lessons of the past. Get back to the Capitol and debate the bill under a more reasonable timeframe than a freight train barreling down the tracks.

And what does Governor Walker have to say about this idea?

Speaking on CBS' "The Early Show" on Friday morning, Walker urged the Democrats to return to Madison and face the vote.

That certainly doesn't sound like an opportunity to "debate the bill under a more reasonable timeframe".
Posted by Retiring Guy at 10:07 AM