A 'Bibliopocalypse' @ the Buffalo and Erie County Public Library 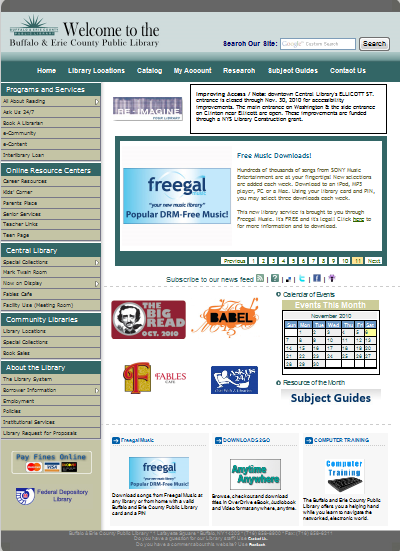 Excerpt: But there was no shushing the crowd of about 100 librarians and library supporters who gathered at Lafayette Square on Saturday to protest the county's plans to cut $4 million from the Buffalo & Erie County Library.

County Executive Chris Collins' cuts to the library's budgets won't shut down any libraries, as the county did back in 2005. But they are expected to lead to 200 layoffs and drastically curtail hours at some branches, down to as little as 16 hours a week in some cases.

The proposal is not sitting well with the librarians' unions, nor with library supporters who argue that the community is still suffering from the 2005 closings and that use of branch libraries has increased as economic troubles have dragged on.

"It's a BIBLIOPOCALYPSE," read one handwritten sign two protesters held up.