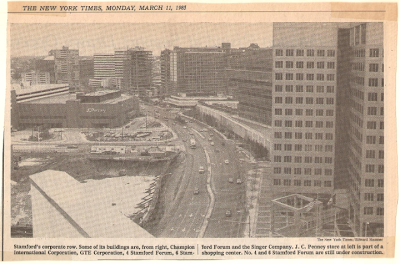 Still more clippings and photocopies of articles from the New York Times, 1981-1993.  In this series of blogposts, I've discovered that the Times frequently uses different online headlines for even its older articles.   I have since added links to the first 2 bibliographies. (Yeah, I know, feel the tingle.)

"Time and Tide Threaten to Destroy a Highway and Beaches on Long Island".  (December 12, 1987)

"On Long Island, Many Governments Overlap to Form a Jurisdiction Jumble".  (November 13, 1989)

"Stamford is Confronted with Big-City Problems and Small-Town Answers".  (March 12, 1985)