UPDATE. With the primary less than a month away, most Democrats still prefer not to pay attention


Majority of responses fall into the 'haven't heard enough' category. 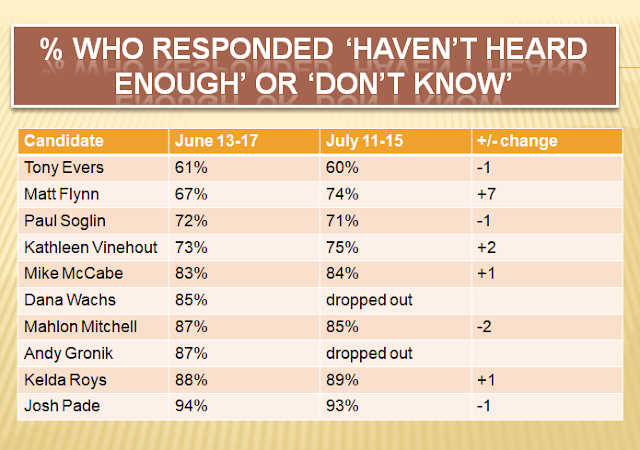 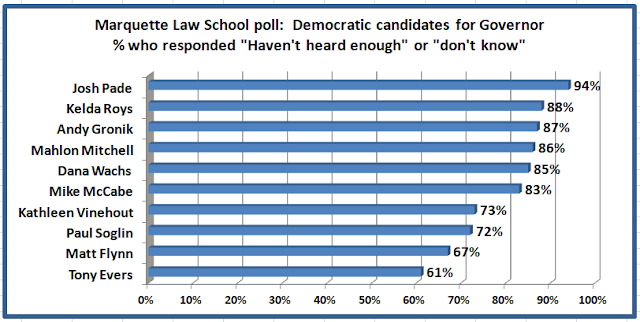 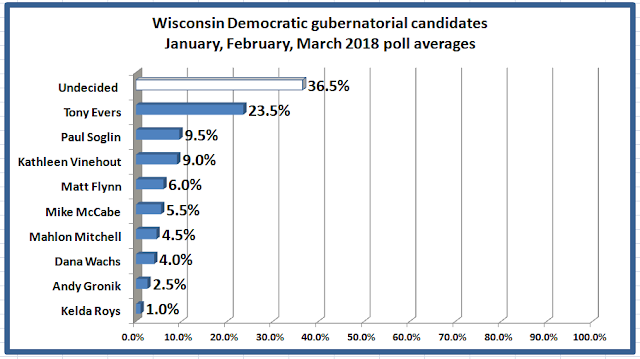 
Uncertainty over the nominee has slowed fundraising for Democrats, leading to consternation that they might be in a big hole against Walker by late summer. That prompted Tom Russell, who ran Russ Feingold’s unsuccessful Senate campaign in 2016, to lead an effort for the Democratic Governors Association to raise money earmarked for the eventual nominee.