Perhaps the question should be, Who's not running in the Republican primary for the U.S. Senate in North Carolina?

Actually  there are 7 candidates, with "Undecided" being the frontrunner. 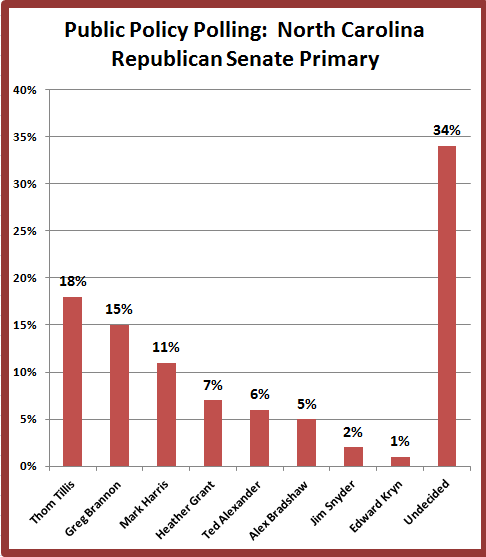 At 18%, Thom Tillis.....a Republican state lawmaker — supported by the U.S. Chamber of Commerce and $1 million from Karl Rove’s American Crossroads group — standing up for the party establishment.

At 15%, Greg Brannon.....a Tea Party candidate who talks about the Constitution and has the backing of Senator Rand Paul.  (And Glenn Beck.)

At 11%, Mark Harris......hails from the party’s evangelical wing, stressed his antiabortion activism and said he and Mr. Huckabee, the former Arkansas governor, had something in common: They are guided by their hearts rather than the polls.