Book Theft on the Rise 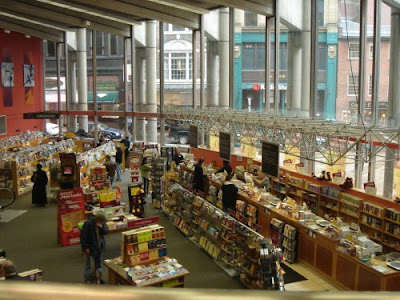 Excerpt: But I never would’ve considered stealing a book. Books, I believed, were sacred.

Apparently, not everyone shares this idea. With the recession, shoplifting is on the rise, according to booksellers. At BookPeople in Austin, Tex., the rate of theft has increased to approximately one book per hour. I asked Steve Bercu, BookPeople’s owner, what the most frequently stolen title was.

“The Bible,” he said, without pausing.

Here's an interesting aside. Only 40 percent of books that are read are paid for, and only 28 percent are purchased new, said Peter Hildick-Smith of the Codex Group, a consultant to the publishing industry. The rest are shared, borrowed, given away — or stolen.
Posted by Retiring Guy at 7:12 PM